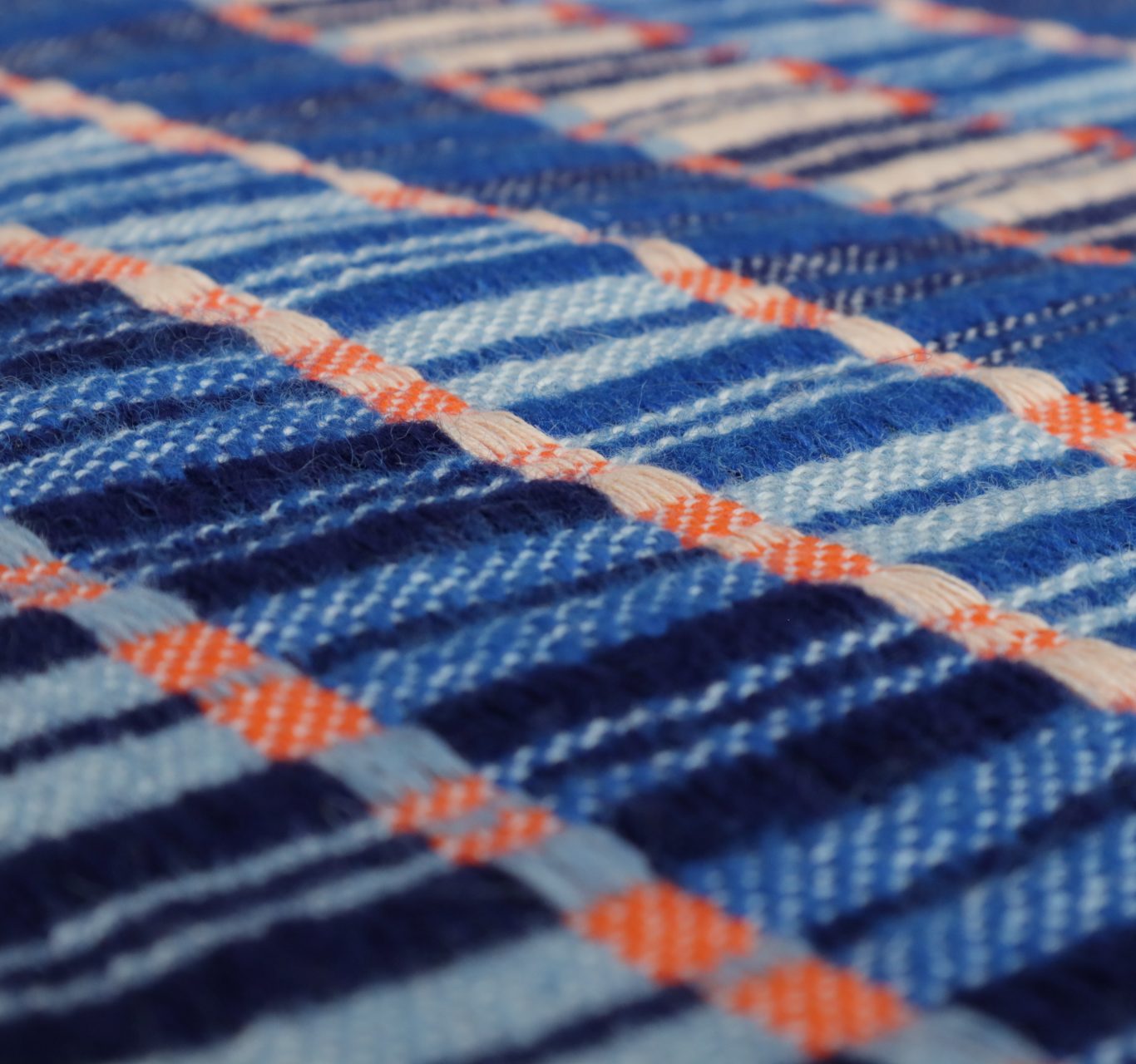 The revival of retro is a key element in our relationship with culture and trends. Turning to the works of the past is particularly characteristic of the ‘post-historical’ mood of our era. As Mark Fisher explains in his book Capitalistic Realism, now available already in Hungarian as well, the possibility of genuine innovation is almost impossible for us to imagine, and nostalgia defines our relationship to culture. For many years, the architecture of socialism was despised in Hungary after the regime change, but today it has become a popular reference point and identity-forming element in the post-Soviet states. What used to be a reality for previous generations has become an incomprehensible object of desire for the young.

Textile designer Berta Ujváry fills the nostalgia for socialist architecture with a new, personal meaning. The work HOMMAGE to Rudolf Ujváry, in addition to responding to the specific features of the period, explores Berta’s childhood memories and her personal and professional relationship with her grandfather, architect Rudolf Ujváry.

In Berta’s thesis, the works of architect Rudolf Ujváry are given a new interpretation in the form of textiles. After a closer look at Rudolf Ujváry’s four iconic socialist style buildings, the designer developed a unique design language that reflects the characteristics of the buildings and incorporates all that Berta inherited from her family. After the research phase, she used this language to create a structural visual world that she was able to transfer into her own textile design practice.

The project has resulted in woven textiles that are the imprints of everything that the designer experienced and thought during the research. The tactility of the textiles evokes the structural nature of the buildings, while the different techniques and material qualities reflect Berta’s childhood and the cultural characteristics of the time of the buildings. As Berta explains, in the process of research and creation, she not only got to know her selected subject better, but also came closer to her own identity as a designer.

In the spring of 2021, HOMMAGE to Rudolf Ujváry got the opportunity to be realised within the framework of the TextielLab competition in Tilburg, the Netherlands. It was here that Berta further developed the collection and created Hommage 2.0, in which she transformed the collection’s material into jacquard textiles.

Thanks to TextielLab, the works were able to step outside the university setting, which allowed for a freer treatment of the designs: ‘I was able to put more emphasis on the spatial displacement and the large size of the fabrics, thus evoking the monumentality of the buildings.’

Finally, a large space textile was created, in which Berta put together the patterns of the collection. As she says, this piece became part of the collection as an ‘image piece, which also embraces hand-woven structures and patterns.’

HOMMAGE to Rudolf Ujváry brings together two technologically distant fields of applied art and two less distant, but in many ways remarkably different, eras. The nostalgic approach is made alive by the difference between the two media and by the personal perspective.

The diploma collection was created in the Textile Design department BA at Moholy-Nagy University of Art and Design and was further developed in the TextileLab in Tilburg. The consultant of the project was Eszter Révész.