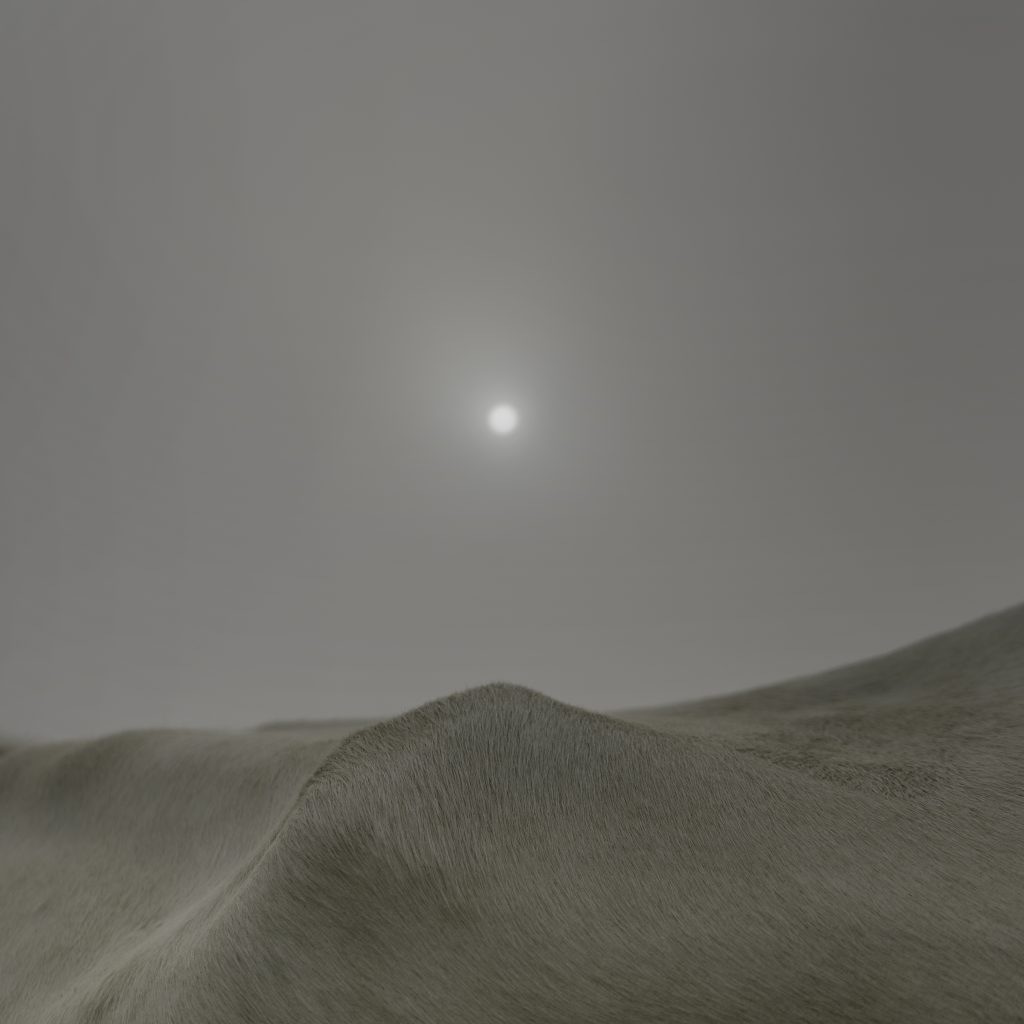 From the present into the past, from the past to the future – Anna Bányász’s photo series

Anna Bányász’s deeply personal photo series are an expression of a collective desire to return to old values, traditions and nature. Through her pictures we can learn about the Gyergyóújfalu microcommunity’s way of life, the inner world and personalities of their farm animals, as well as a bond between man and animal that is old however new it may seem to us. This nostalgia is not about the past, though, but the future.

Her Series ‘Realm of Comfort’ presents the world of rural industry. These landscape photos portray the rise of machinery, which have increasingly come to replace and squeeze out human workforce and presence from the region. The series ‘To Infintiy and Beyond’, which also are also centered around the subject of automated industrial production. Anna’s photos depict the storehouse of an old producers’ cooperative, highlighting seeds as the symbols of the eternal cycle of life, processed and shaped further by machines rather than humans.

In her series ‘Village and Town’, she documents the route she takes when commuting between her two homes. Anna’s search for similarities, differences and parallels give rise to an increasingly growing contrast between her life in the city and the world of Gyergyóújfalu. The two can still be reconciled and merged through the person of the photographer as the interconnecting link.

Her series ‘Not even the future is what it used to be’ defies the stereotypes of everyday village life, and presents farming lifestyle as a fresh perspective open to the future. The photos show segments of this lifestyle that are not accessible to outside observers.

Animal farming and breeding are closely correlated to the evolution of humanity. Yet over time, with the advent of new technologies, animals have been forced into an increasingly subordinate role. Unaware, we consume animals processed to a degree where they are no longer recognisable, on a daily basis, without having to be faced with the sacrifice involved. We are driven by excessive meat consumption to classify our animals into different categories: cats and dogs are seen as man’s friends, whereas cattle, pigs, and chicken are seen as livestock without personality. The living source of meat remains hidden from the consumer. In addition to the lives snuffed out as a result of humankind’s insatiable hunger, environmental pollution caused by industrial animal husbandry lead to irreversible harm, contributing to global warming and climate crisis. The vision of the series thus becomes apocalyptical.

By conveying her own lifestyle, Anna lends authenticity to the alternative set of values she believes could be the means to save our drained Earth. The first step she reckons is to respect ourselves, our fellow humans, our animals and our environment, which as a sort of chain reaction, has the potential to bring about a global change.

Anna Bányász is a member of the Studio of Young Photographers, and her photos
have been most recently featured at the debut exhibition ‘WHO? WITH WHOM?
WHERE? WHEN?’ at the Foton Gallery as well as at the ‘From home to home’
exhibition at the Zsófi Faur Gallery.

As a brief escape from everyday urban life, you can follow the life of the small
community of Gyergyóújfalu from on Anna’s Instagram.