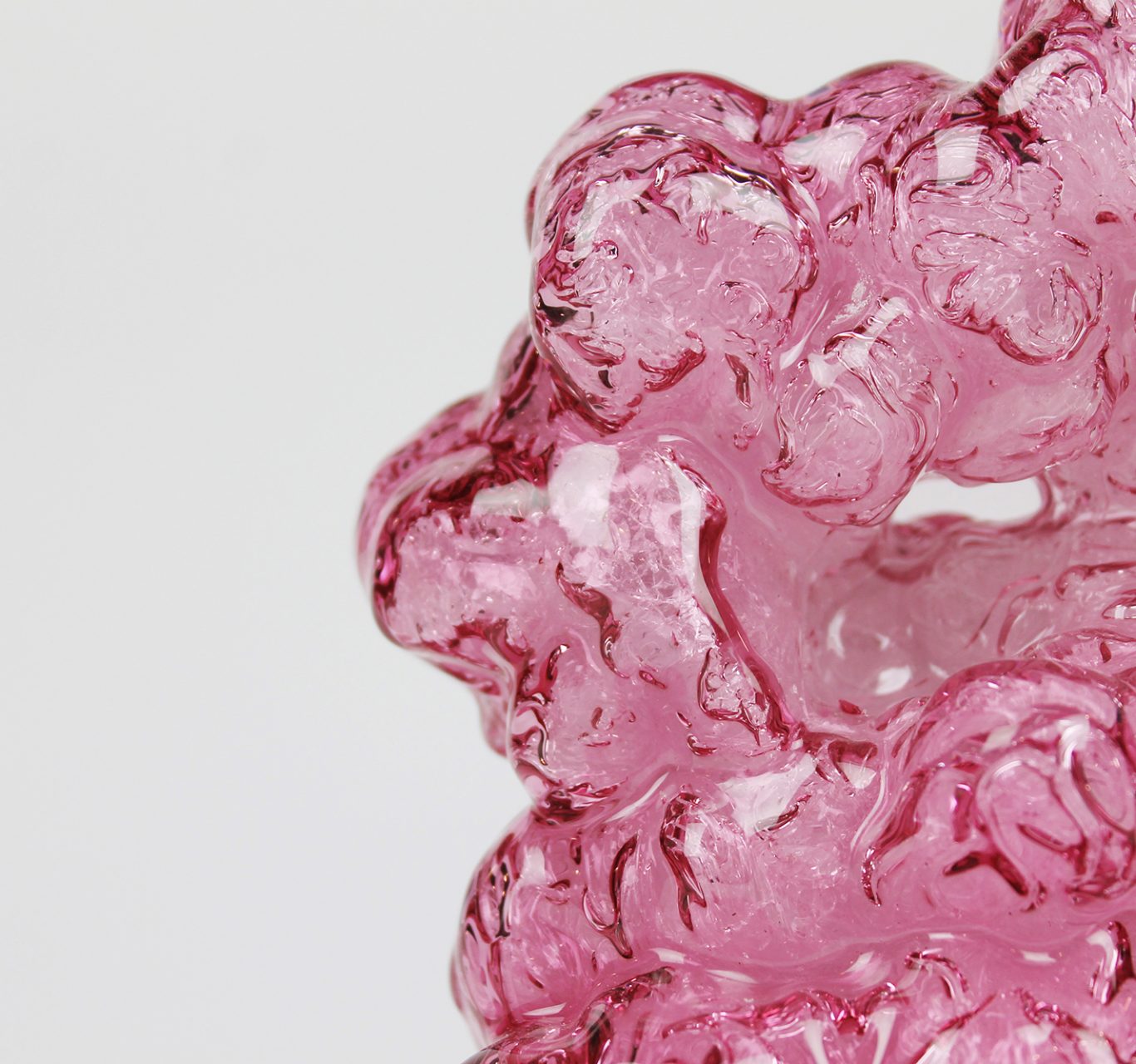 Balázs Telegdi’s art overwrites all general associations when it comes to materials. In his works, what would normally be considered rigid becomes flexible, and the transparent is full of mystery. His special, atmospheric Instagram page gives the impression of watching still shots of moving pictures. It makes you wonder what goes on in the mind of the Stanislav Libenský Award laureate when working.

Balázs got the inspiration to become a glass artist from his mother, a MOME alumna herself. After finishing high school, he first encountered this type of craft at a glass blowing event in East Mecsek, which continues to this day. He immediately fell in love with it and eventually got his first degree in 2016. At the university, he chiefly studied design, with all courses being aimed at creating a finished product. In contrast, at the Royal Academy in Denmark, he was free to experiment, which is how he stumbled on what would become his keenest interest.

“I’ve always been interested in contrasts of any kind created within an item. The fist time I have truly experienced it was on a class trip to Japan. Bonsai trees grow in a very restricted and controlled environment and yet appear completely untouched. I wanted to achieve the same effect with glass. I have made a few items that needed very careful preparation, yet I had no control over how they would turn out.”

This haphazardness often results in mistakes a lot of glass blowers initially make and then try to avoid later on. According to him, the biggest error you can make is leave tension in glass. To prevent this, experts use a so-called polar filter that reveals hidden unevenness within the material. Balázs has seen an opportunity in this.

“These anomalies look great. I thought to myself, why not make them on purpose?”

This was also the main focus of his second degree work “Through the Scope”. Using two incompatible types of glass, he created tensions of various patterns. He placed a light source behind each finished object, and the resulting illumination creates a nearly otherwordly effect. The beauty of it all is only visible when seen through a polar filter lens. This was intended as an illustration of the impact of technology on how we view the world.

“I love practical sciences and glass. This project is a beautiful fusion of the two. It is a particular pleasure to experiment with techniques and instruments and building tools, but I always rely on old techniques – though with a little twist.”

His humility to his profession pervades everything he says and his exemplary approach truly shown through our conversation. When asked about the Stanislav Libenský Award, he talked about his delight over receiving it with a modest smile, but also the weight this accolade has placed on his shoulders.

“Accomplishments are great, but they are never yours alone. For glass blowing you need two or three assistants, and without them you have no chance of creating a major item. Right now I feel I need to measure up, at the same time I don’t have the opportunity to create my own objects. Now, after graduating, I have fewer opportunities than at the university’s workshop.”

Luckily, his short-term plans include setting up his own glass studio in Szentendre, where he would make smaller utility items in addition to designer items. He believes the creative process is similar to fashion design.

“First, they design clothes for the catwalk that are unfit for everyday wear, and then reduce their essence to everyday. I have the same approach to glass: you can experiment with artefacts, create something big and spectacular, then transfer and incorporate certain details into smaller items.”

Despite mostly discussing his works and artistic credo, we kept returning to the subject of community. For him, teamwork is the most important aspect of his profession, which is perhaps why he feels it to be his responsibility to try and establish the tradition of glass blowing in Hungary.

“At present, from what I see, not many are familiar with it, which also affects demand. I trust that having my own glass studio will serve as inspiration for my generation. It will show that it can be done, and a nation-wide network can be created, just like in Denmark, England or other western countries.