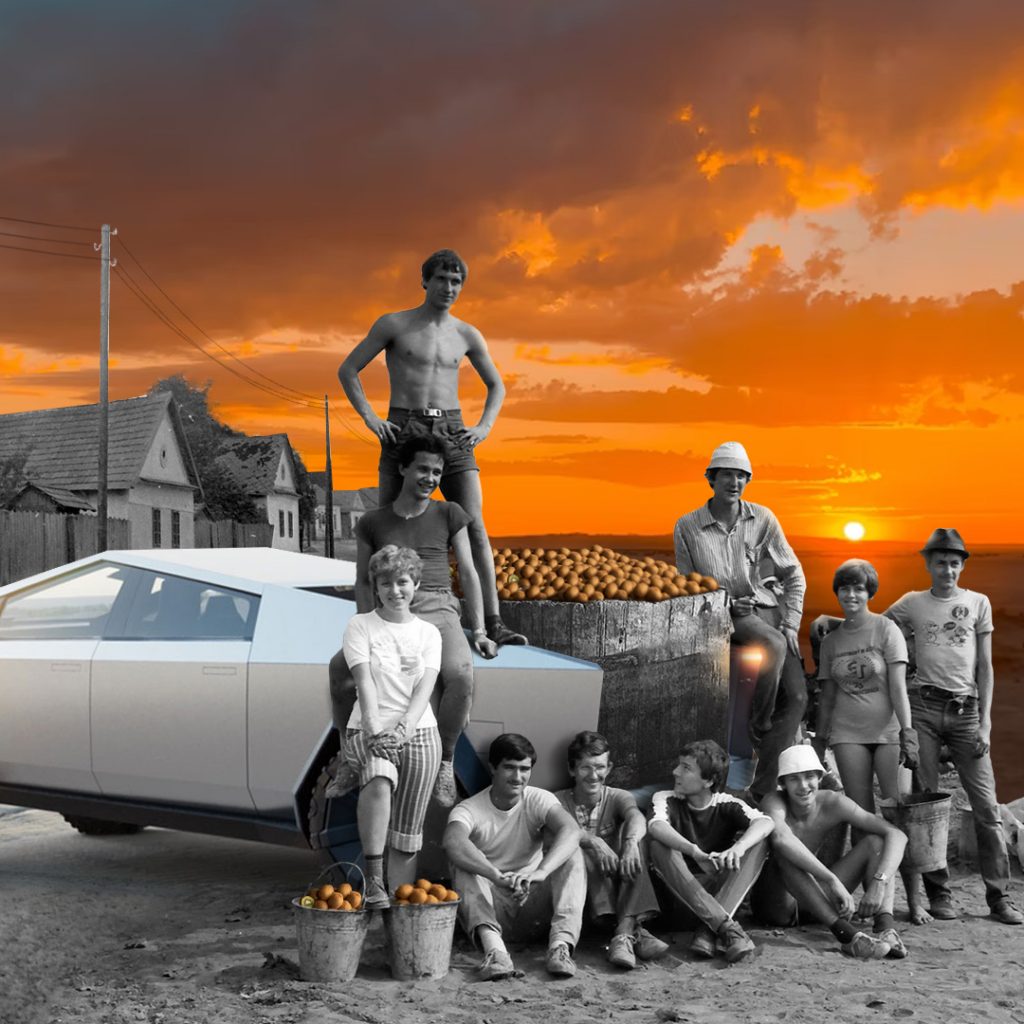 What is possible and what is impossible? How can design play a role in shaping the future? How can individual objects impact the world and influence our imagination? In recent years, design fiction programmes started to pop up also in Hungarian design education. MOME’s latest Design Fiction course focused on climate change and increasingly extreme ecological transformation.

Design fiction enables the development of new visions that are halfway between facts and fiction. By envisaging creative and innovative products and services it puts present day issues in a new perspectives, reinterpreting the seemingly ordinary.

By 2050, Budapest is declared an area devastated by hyper-urbanisation. For residents of agricultural areas rendered uninhabitable by extreme weather conditions, the city remains the only viable option. In this fictive megapolis, individual power consumption is limited due to overpopulation, forcing everyone to become their own energy source. Ambrus Gergely and Zsolt Szabó designed a jewellery collection that can generate and store power through friction, turning wearable energy into fashion.

Renova founders Anna Nova and Márk Nova came up with a new human burial alternative that could be the remedy for the problem of the shortage of land and barren soil that will arise by 2030. As a result of the successful development of the “Copono” method, the human body can be composted and returned to nature, providing nourishment to and improving the quality of soil. Jázmin Zsurbej and Kristóf Szilasi’s idea would add a new function to death.

In Roberta Wende and Tamás Feyér’s vision, human activity and extreme weather will lead to draught, as well as the destruction of the flora and insect fauna in the Alföld. By 2050, the greatest damage to agriculture will have been caused by the disappearance of pollinators, which will affect the pollination of flowers, and in turn, human food systems. The solution could lie in genetic engineering, which could be used to create new and modern organisms by crossing resistant, invasive true bugs with pollinating insects threatened with extinction. The project slogan is “Pollinating the future to secure food for the future”.

Disillusioned with design, 53-year-old, middle-class product designer Botond Levente Kiss leaves the industry in 2050, and moves back to his parents’ land to start a cricket farm using his savings and a very favourable state aid. Meanwhile, he identifies a market niche – an alternative to the already devastated honey industry. Botond sees the solution to the problem of replacing the bees disappearing from the economy and honey missing from the food, pharmaceutical and cosmetic industries in Alföld, in creating a honeypot ant farm. The ants on the farm come from Mexico and when fattened up, they function as living larders. Processing the sweet liquid they carry in their abdomen could put an end to the honey shortage arising by 2050.

According to the metropolitan 2018 climate strategy, the weather in Budapest will become increasingly extreme in coming years. Long spells of draught will be followed by severe windstorms, and your home will provide the ideal shelter against them. ‘Metanote’ by Nikoletta Mihalik and Stefan Vasic is an innovative building material that, in addition to being heat resistant, has a special structure that can transform the noises of the outside world into pleasant music to suit the needs of the occupants, improving their general wellbeing.

Kunság Kiwinery – “Roses are red, kiwis are green, wine is sweet, and so are you”

In 2021, Hungary was among world leaders in alcohol consumption. However, in just a couple of years, the desertification of the Alföld could lead to fruit shortage, which, in turn, could limit quality alcohol consumption and redraw Hungary’s wine production map. By 2050, alcohol becomes a source of power and wealth, in which the Kunság Kiwinery founded by Bálint Elek and Fanny Nagy abounds. The spirit industry revived by the Kiwinery offers kiwi distillates and a harvest experience that could invoke the old Hungarian traditions in the mind of consumers.