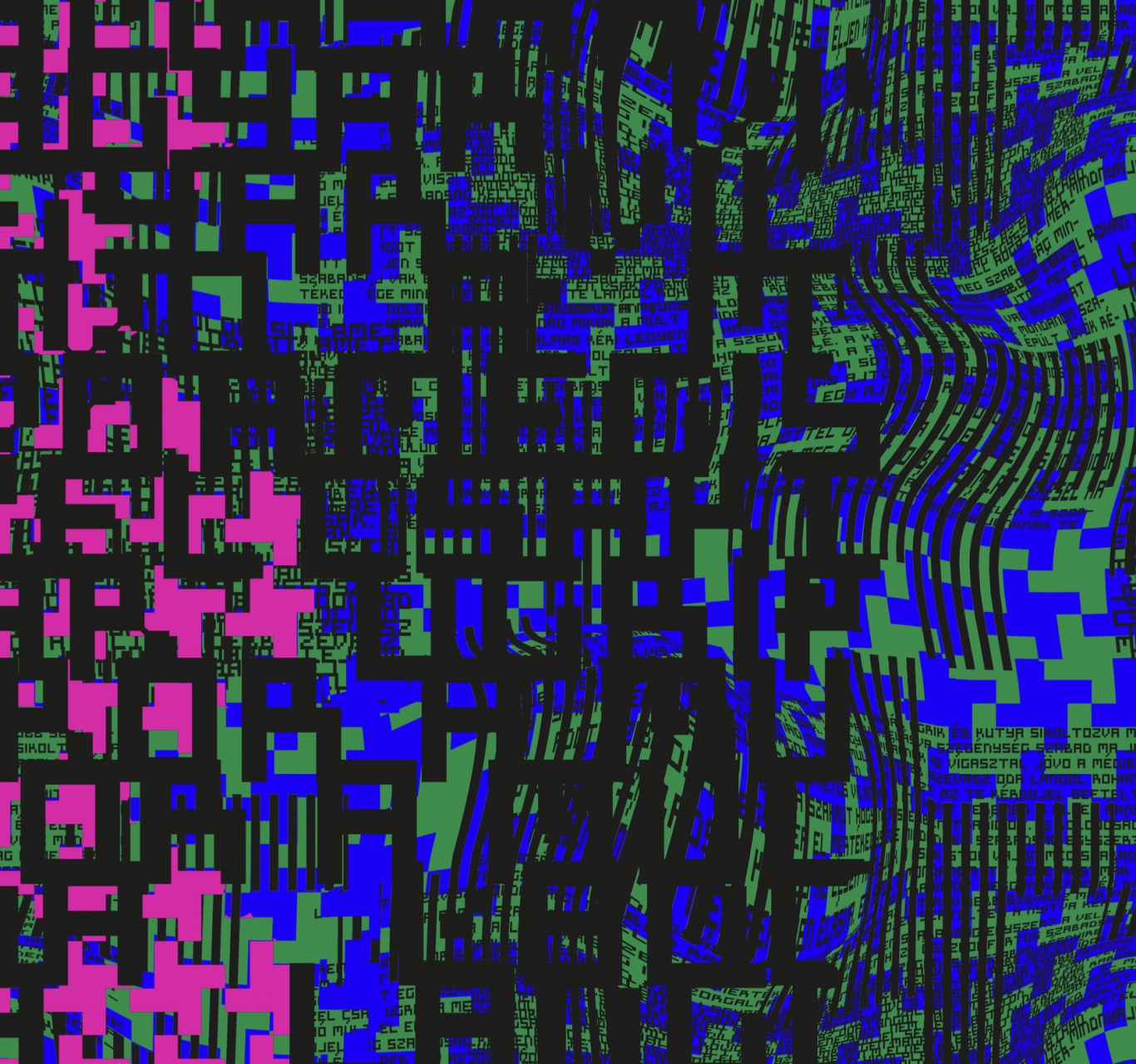 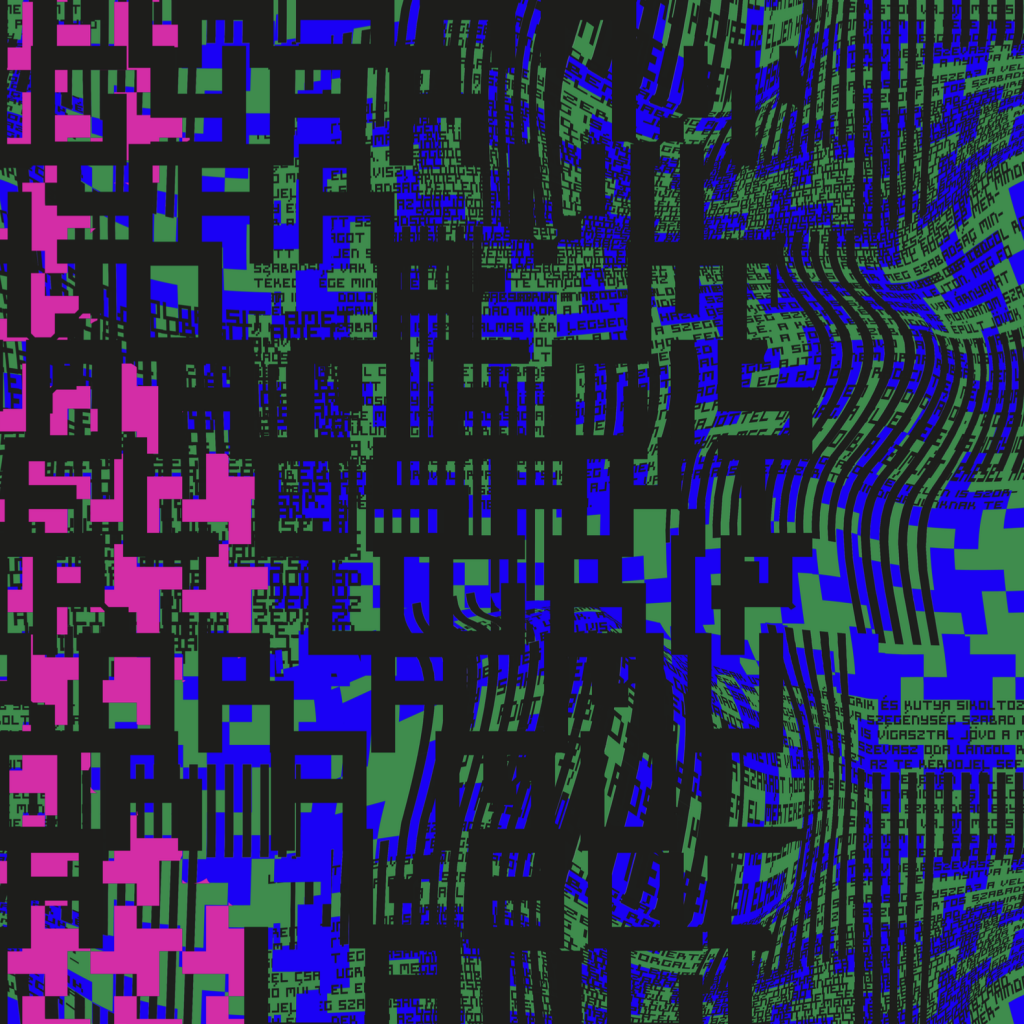 In addition to environmental protection, preservation of our cultural heritage is also an important mission for Valentin Szarvas. As such, his works generally draw on Hungarian culture for inspiration. This is also true of his latest project Lorem Ipsum, a clothing collection of 12 items, each of which is a powerful reference to the 1956 revolution and bid for freedom. The project is also meant to raise an important question – What does being free mean today?

Even a cursory glance at Valentin Szarvas’s portfolio will reveal his long-standing preoccupation with various social issues and national consciousness. His communication strategy and style have greatly evolved and become more sophisticated over the years. According to him, he was sometimes brusque in his approach to controversial subjects and tended to make absolute statements. Today, he prefers to use veiled statements and subtle references to express an opinion, and employ forming in addition to print design as means of communication. His latest collection Lorem Ipsum is a further case in point.

During the design process, Valentin discovered an interesting correlation between two fairly distant concepts – written text and demonstration. While exploring how sound can be turned into a complete and continuous piece of writing, he came to the conclusion that a text is pretty much structured like a demonstration: it originates from one person or a smaller group and becomes truly powerful once there is a crowd behind it. At the same time, just like with a text, the more people, words or sentences there are, the more challenging it becomes to get to the gist.

“What interested me most was how text or its meaning can be adapted to a highly jumbled and chaotic situation to help others make sense of it. I could also say that this project is my one-man rebellion.”

Each item in the collection was intended by Valentin to represent the shedding of our old skins and the joining of forces of various factions of society.

“The forming was done with the concept that change can be one of the outcomes of demonstration in mind. This outcome involves tearing down the old system, building a new one, consolidating various principles – preferably in a democratic way…”

In line with this process, he deconstructed existing garments into their components and then combined them to make new ones. This is how the sport coat with an outline reminiscent of the Soviet-style quilted jackets (‘pufajka’) worn by the military militia following the crushing of the 1956 revolution in Hungary, as well as the details suggestive of bandoliers and ammunition belts were created. A dominant feature of the collection is the Lorem Ipsum snippet and the textile print inspired by prison uniforms.

“Demonstrations can be traced back to people’s feeling of having their liberties restricted. People might decide to demonstrate ‘simply’ because of not getting paid enough for work, but it’s a limitation of their freedom just the same as a leader of a country grabbing everything for themselves encroaches on others’ liberties”, says Valentin. He also underlined that a prison sentence is a form of retaliation that deprives people of their liberty, their right of control over their own time, and prison uniforms as such are also closely linked to this subject. For this reason, he reinterpreted the textile print typical of Hungarian prisons by shifting the same components into different layers and colours.

The other important component of his print design, the Lorem Ipsum snippet was incorporated in response to what occurred at the 2021 Eucharistic Congress.

“While the oration was being delivered on the stage, the projection screen in the background was displaying the inscription ‘Lorem ipsum dolor sit amet…’ because the technicians thought it was an important and meaningful piece of Latin text. Put very simply, ‘They have money but no brains’, as well illustrated by this case and the related footage.”

For Valentin, this blunder was a great help in figuring out his own rebellion. First, he collected information about this basic snippet or dummy text that has been used as a standard text in typesetting and printing since the 1500s. Next, he created his own version.

“Originally I wasn’t planning to use my own writing, I was just curious what a generated text would look like. I was looking for a passage that I did not understand in the first place and also found aggravating so at first I was experimenting with the text of the anti-gay legislation.”

In the end, he put his own thoughts on paper to create his personal Lorem Ipsum. It concerned several important subjects, such as his feelings and insights about freedom and national consciousness, as well as his explanation why he thought living in today’s Hungary was none too delightful.

“It is also meant as a reflection on demonstrations – it includes a great many ideas that are all useful on their own, but jumbled together become chaotic and impossible to make out.”

On top of that, the “lorem ipsum dolor sit amet…” line in the beginning of the text implies that the sentences that follow are not important. In the end, the text was also used for the print design, in combination with the prison pattern. The resulting print also has a symbolic meaning: on the left side, the text is more predominant, and as we proceed to the right, the symbol of imprisonment, the prison uniform print, gets increasing focus.

The photos were made by Vanda Demeter.