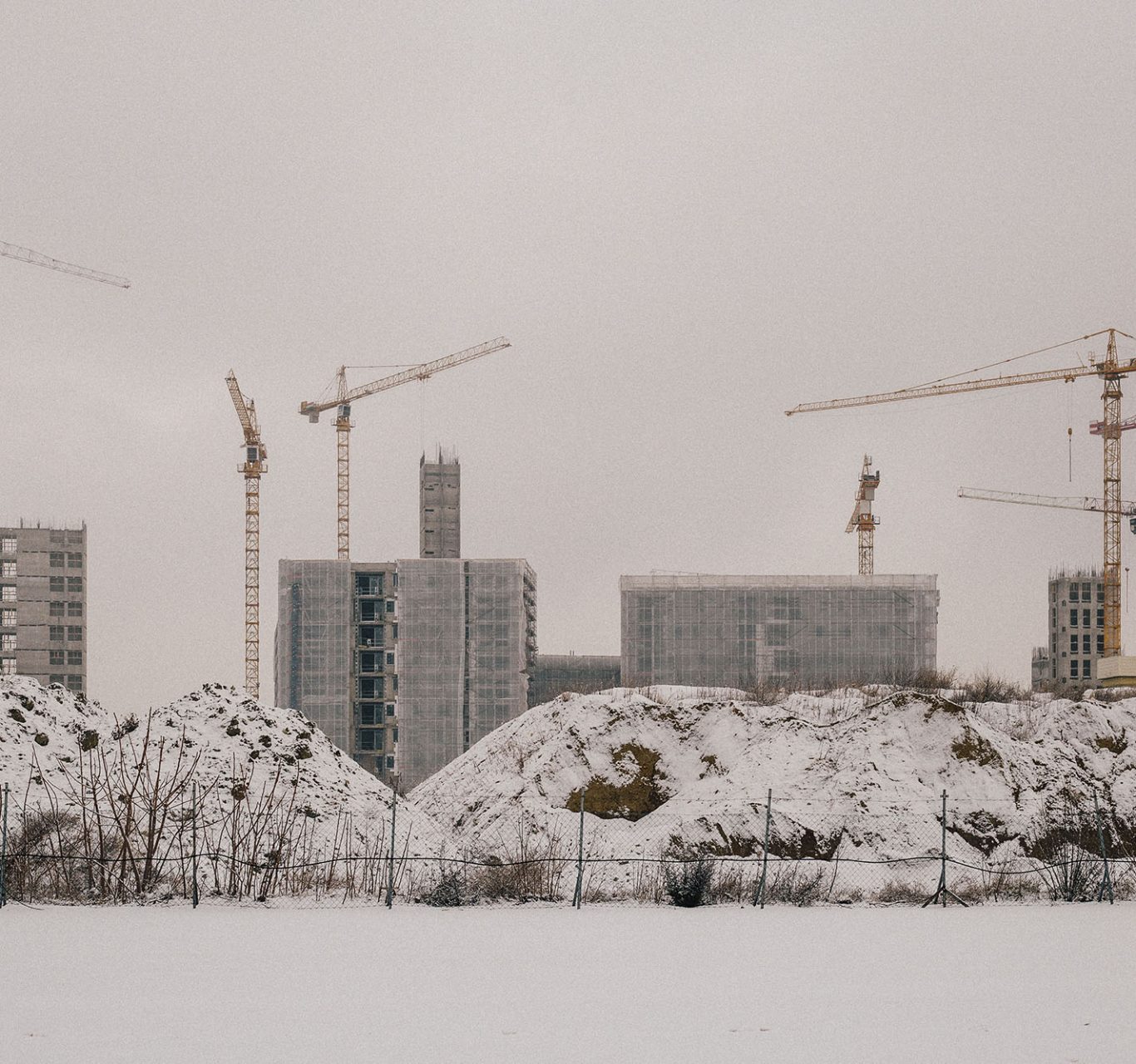 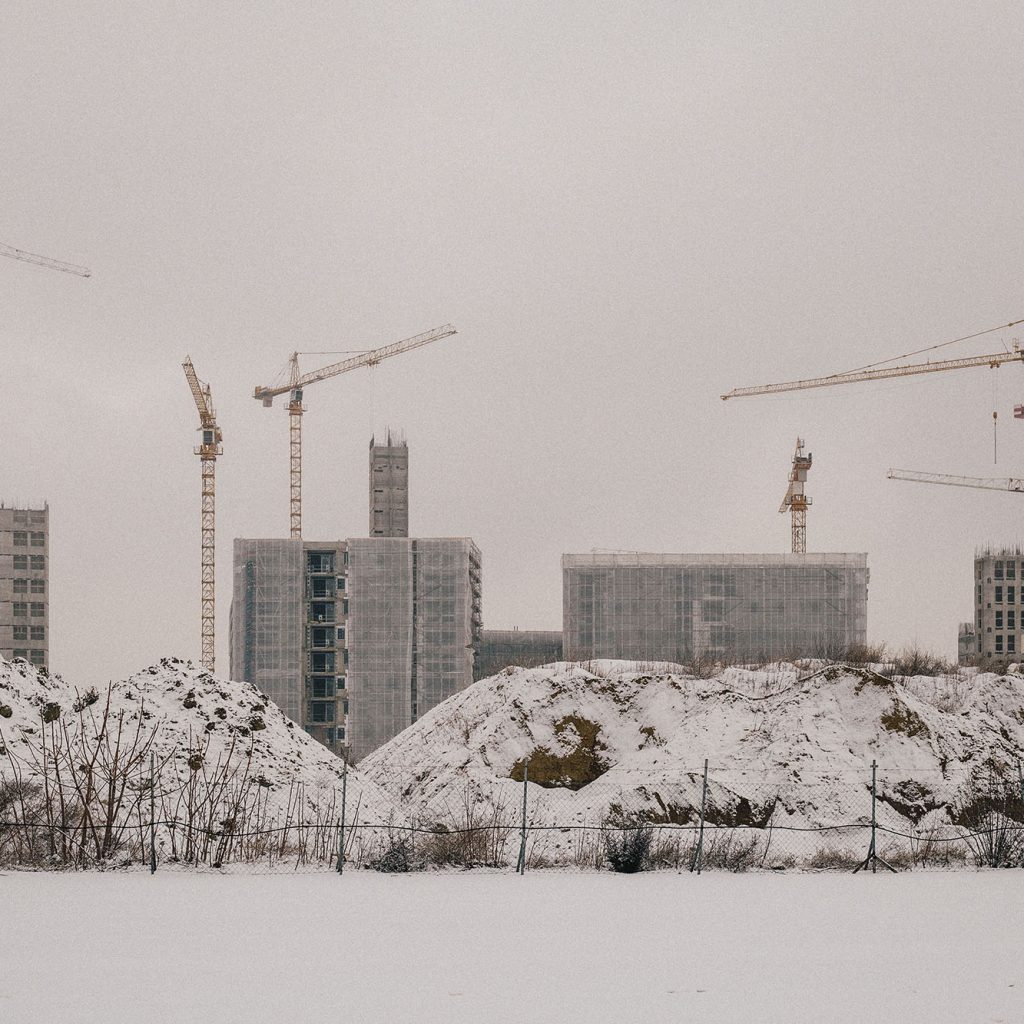 Domonkos Varga used to focus almost exclusively on documentary photography, but he soon realised he wanted to find his own voice, along with a style with which he could fully identify. He completed his first personal project, Res Materialis, as a second-year student, and the series – in addition to earning positive feedback – completely changed the visual character of his works. Since then, his projects have been based on the deconstruction of various social phenomena and ideologies. He makes no secret of the fact that his goal is to raise awareness about today’s major issues through his metaphorical images.

“I have always had ambitions to study not only photography, but also sociology or psychology, for instance,” says Domonkos, who eventually started to educate himself in these fields. As a result, he started focusing his thoughts on how he could translate these otherwise complex social problems into a language everyone could understand. “Photographs, or the scenes, objects or anything else they depict, always carry an extra layer of meaning. They are like haikus. A passage from a poem in a volume of poems, which may be about a particular set of problems, and each individual image essentially points back at the main problem, just as it also works on its own and together with the other images.” When selecting a subject, Domonkos always considers what is causing him frustrations at that moment in life, and not just from his own personal point of view, but also looking for their global root cause. Topics covered by him includes as materialism, dystopia, post-truth and urbanisation.

Based on observations of his own surroundings, Domonkos also began dealing with materialism – as a school of philosophy – and social phenomena. He felt, for instance, that we have become increasingly dependent on digital tools to the point of addiction – it was this realisation that sparked the creation of his photo series Res Materialis. “Viewers today want to see more than reality, because we live in a fundamentally social environment where we can no longer tell what is real and what is not.” With this in mind, the young photographer constructed his own metaphors, and then went on to produce associative photographs of modern man’s dependence on objects. The photo series was recognised in several competitions, and Domonkos was accepted for the PARALLEL Photo Platform scholarship programme. And, not unimportantly, for the first time he felt he had finally found his own voice.

For Acts of Cassandra, Domonkos drew most of his inspiration not from scientific writings, but literature, including Huxley’s Brave New World and Orwell’s 1984. “These traditional dystopias or utopias – depending on your interpretation – piqued my interest. There is a peculiar duality to them: one person’s idea of a utopia is another person’s idea of a dystopia. I would also like to note that the social processes described in the books are becoming prophecies on some level, and eventually come true. I could see the correlations, and it was around that time that articles about how the Uyghurs were being treated in China in internment camps were published. It was exactly like Burgess’ ‘A Clockwork Orange’. Brave New World? My generation is full of escapists trying to escape post-Fordist rationality into a hedonistic lifestyle. No wonder I feel as though things predicted nearly one hundred years ago are becoming reality. This was what I was looking to process in some way.” In the series Acts of Cassandra, what we in fact see are metaphors of how classic utopias and dystopias are linked to our present, and how the genre of fiction can serve as the foundation for predicting future social processes.

Seeing Through Smoke And Mirrors

Ever since we became inundated with populism, the concept of post-truth has become a part of our daily lives – Domonkos built his thesis, as well as his diploma work ‘Seeing Through Smoke and Mirrors’ around this issue. The goal of the images was to dislodge viewers from their usual position as spectators, and to create a dialogue about objective perception and in general the myth of truth. The choice of title says a great deal about the project: “It is not the ideal of truth that has changed; it is that the diversity of knowledge leaves a lot of room for getting lost in it.” The resulting chaos is exploited by targeted outreach and populist leaders to mislead people. This is what the term ‘smoke and mirrors’ alludes to, which in English stands for deception.

City Without Walls is Domonkos’s most personal project: it helped him process the panic attacks and depression he had developed as a result of the pandemic. “I was seeing a psychiatrist for six months, and we were able to uncover many wounds and injuries. In several cases, the city and confinement also came up as motifs, along with a sense of anxiety,” Domonkos said, who afterwards began to read more and more about the impact of living in the city, including Konrad Lorenz’s book Civilized Man’s Eight Deadly Sins. The chapter on overpopulation and urbanisation was something he found particularly captivating.

“It is intriguing how ethologically speaking, the city represents a dead end for humans, despite being all about development. Most of us are dependent on the city and its infrastructure, and are willing to sacrifice our biological needs for it, such as proximity to nature, or the fact that we simply function better in smaller communities that are not so crowded. Initially I wanted to break this topic down to the smallest units, looking at what makes urbanisation this bad, but then I realised that this series is not necessarily about the city, but rather about what it stands for. I considered it a motif or a symbol of the zeitgeist. Every bit of the city reflects a capitalist ideology, which is manifested in a skyscraper or in how many people are willing to sacrifice their need for space to live downtown, to have a shorter commute to work and to work more.”

Just like his other projects, City Without Walls is not intended to spoon-feed people answers or to convince them to share Domonkos’s opinion. All he wants is getting people to talk about global social phenomena that must be subject to dialogue, or they will forever remain unresolved.