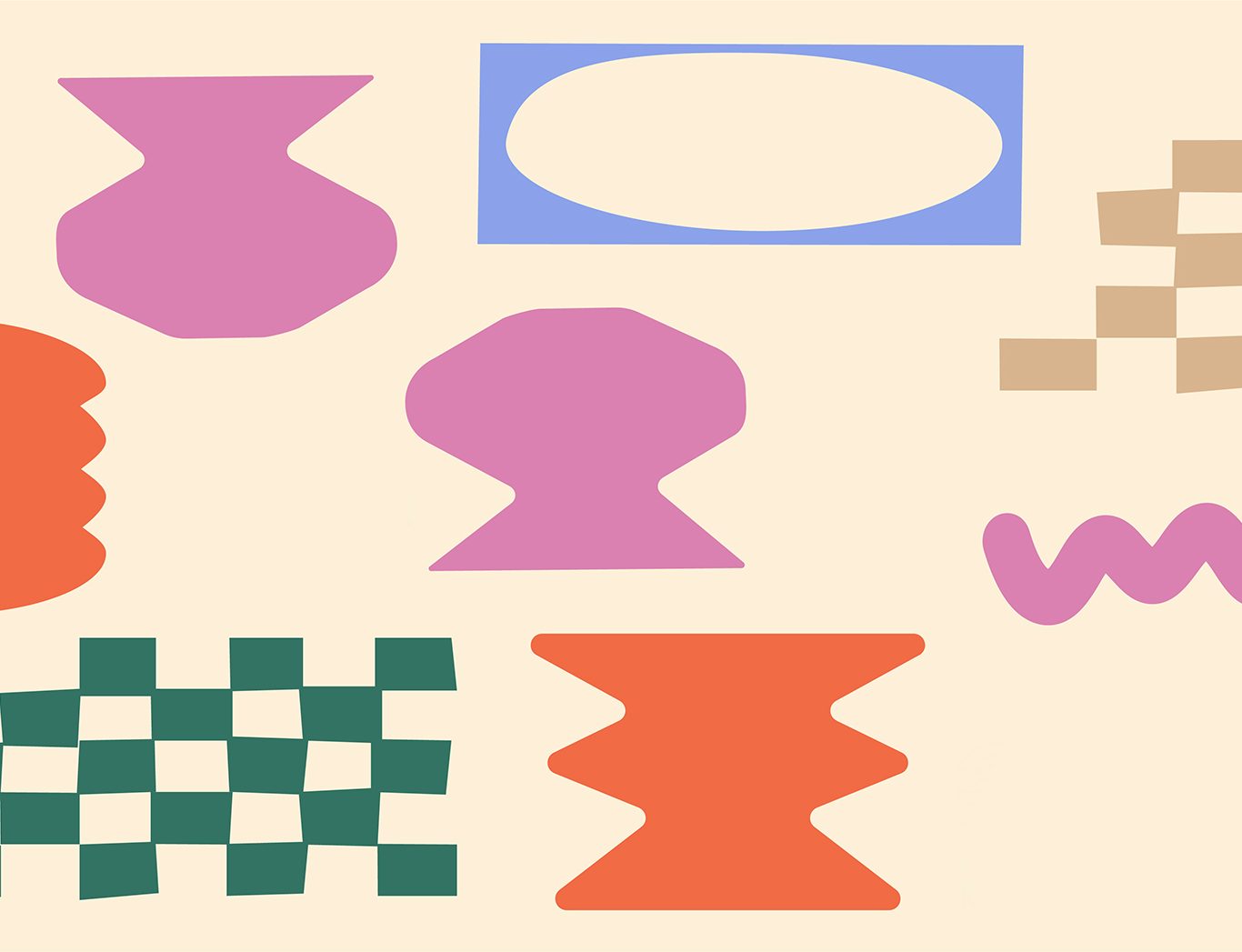 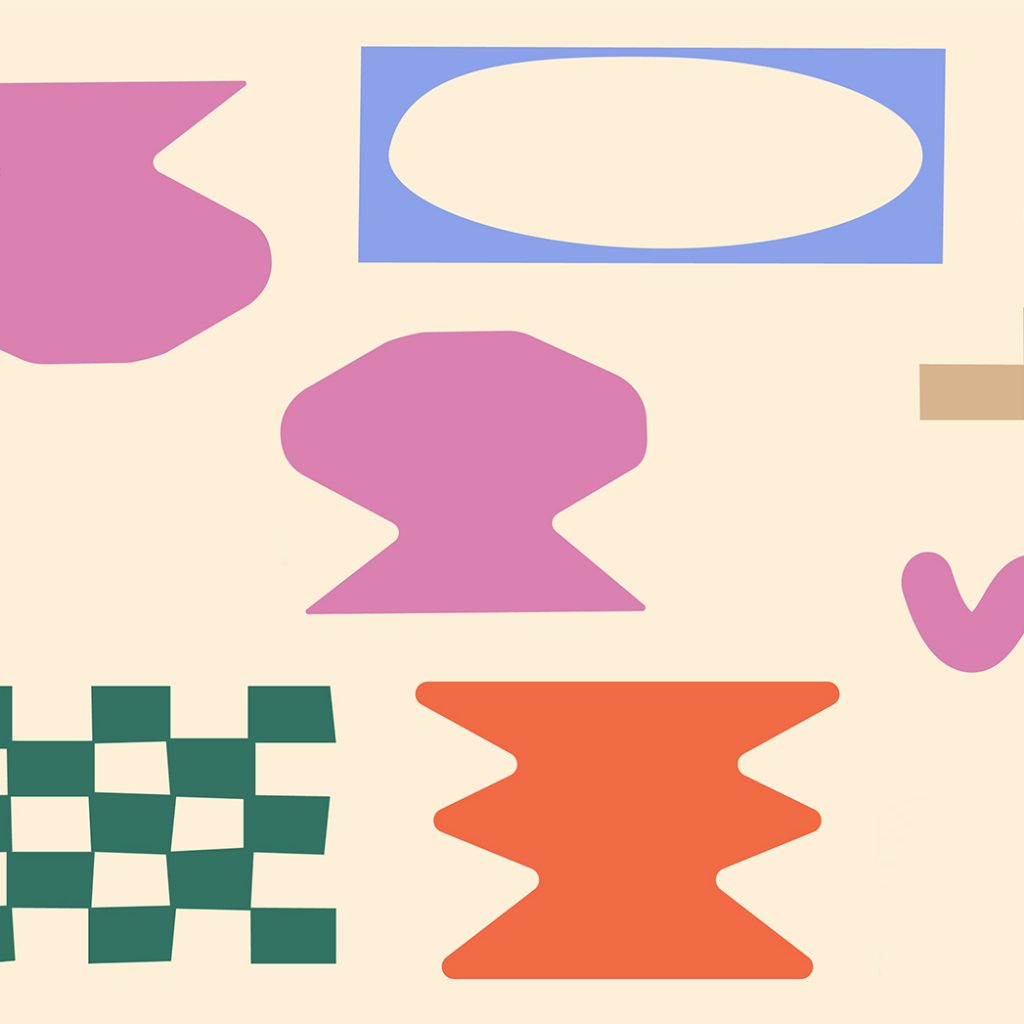 Though it has been around for a long time, MOME Fair has taken a new form this year. Thanks to three Art and Design Management students, Paula Fényes, Sára Sipos and Anna Kereszty, it has become a brand with a distinct identity and message for its public. Paula Fényes won the Stefan Lengyel Excellence Scholarship for improving on the Fair concept in the 2021 autumn semester, which meant the three organisers had lots of new ideas for the spring fair. The interview reveals the goals and principles behind, as well as suggestions for the next fair.

What prompted you to become engaged in the fair?

Sára: We felt the fair lacked ownership, and we wanted to whip it into shape. The 2021 fair was held here on the MOME campus and we went to check it out. There were about 8-10 vendors, and only very few customers. The three of us came together there and started discussing the great potential the fair had, and within 30 minutes we decided that we are going to be the ones organising the next one. On top of that, the previous organiser didn’t feel like they wanted to continue, so we were at the right place at the right time.

What was your experience of the first fair you organised? What was it that you wanted to change no matter what?

Anna: What gave us an ideal start was the fact that fairs offering hand-crafted items by Hungarian designers have become trendy in recent years. We were lucky to be able to ride this wave.

Sára: Yes, the whole thing evolved organically, and we also found it easy to work together. The important point was to take the fair out of the university to external venues. The MOME Fair has never been regarded as a brand so far, it had no consistent concept and frequency.

What impact does the Fair and its relocation to other venues have on the university?

Paula: By moving the event to various points in the city, we can provide students of the university with the opportunity to make a debut. We want the Fair to keep moving and “tour” the city. The goal is to get MOME’s messages to people outside the university. We are constantly looking for venues that are available to those the message was intended for.

Sára: Our fairs and online communications are intended to also present the departments through the artists, so we can address even those who are not really familiar with the university. We regard the Fair as a MOME sub-brand so to speak, which is not only a platform for students but also for the departments.

In what way do you work together with students participating at the Fair?

Paula: I originally wanted to study textile, but eventually changed my mind. For this reason, textile is really close to my heart to this day, so much so that we even launched a smaller brand with a friend, so I can really put myself in the shoes of students making their debut at the Fair. The most important organisation consideration for me is to make sure that the interests of the participants are met. We also try to stand out from the other design fairs by giving the artists a stronger online presence.

Anna: Practically speaking, this fair is a training ground for students without a specific brand. It is an opportunity to try themselves. This is also why we make a point of not charging them any stall money, because it is not what this is about. And in the period before the fairs, we put a lot of effort into presenting the artists online. In addition, we have been constantly in touch with the participants since April, trying to assess their needs and the opinion they have of the fair afterwards.

What do you do to reinforce the MOME Fair brand?

Paula: We are currently working on designing the brand. This includes rebranding, with the new visual identity already introduced at the spring fair. Brand building is the sum of a great many tiny projects. What we want the most is to have fairs that can be regarded as a year-round event rather than a periodic project. For example, we came up with a sweepstake to add a bit of zing to the period between the two fairs.

Anna: It has a specific dynamics. You can’t have continuous social media presence with a fair, what we’re trying to do instead is boost posting activity in the period before. So rather than focusing on having constant activity on our Instagram page, we want our posts to help form a coherent image of the fair.

There were some changes in the spring fair compared to the autumn one. What can we expect for MOME Fair in the future?

Sára: The next major milestone will be to taking the fair to other Hungarian big cities pop-up style. Our target group in Budapest already gets what the Fair is about, and now we would like to reach people other than in the Budapest. This year’s summer fair will take place at Balaton, but Veszprém, as the European Capital of Culture is another option.

Paula: We feel that there is still room for improvement in communication. This summer we are also working on having a series explaining who we are. We want people who are not familiar with MOME to have a better understanding of what it is about. And when it comes to communication, sustainability is something I care deeply about, which is why I would very much like to introduce an educational aspect too. It would be important to talk about why buying from Hungarian brands is good and sustainable.

Sára: Essentially, the Fair embodies all institutes of the university: we represent the Institute for Theoretical Studies, and the artists the Media and Design Institutes. We are working on involving the Architecture Institute too. We picked our logo, designed by Dóri Venekei, because the four spirals symbolise the intertwining of the four institutes and the bustle of the fair.

You can find more information about the Fair HERE