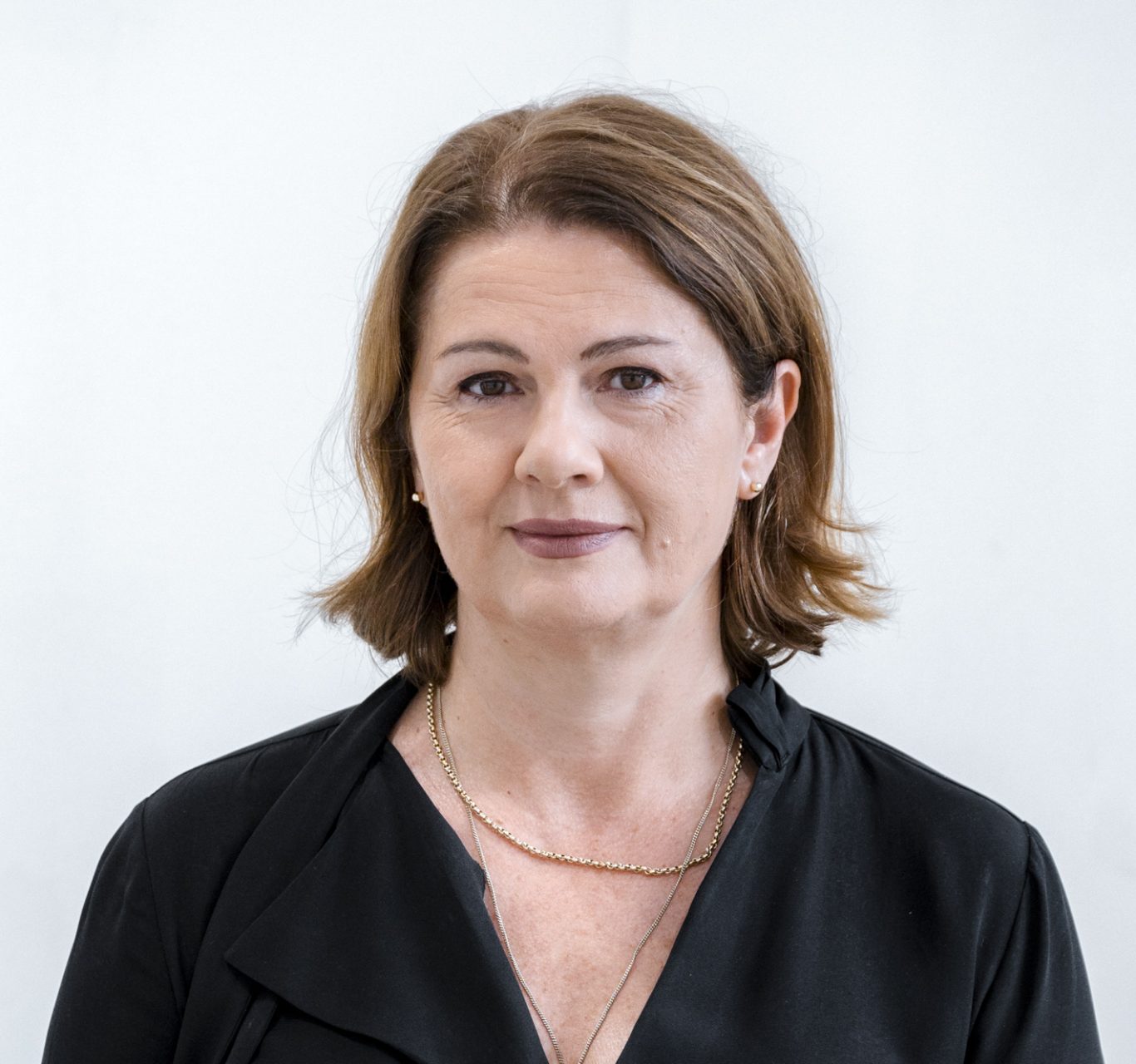 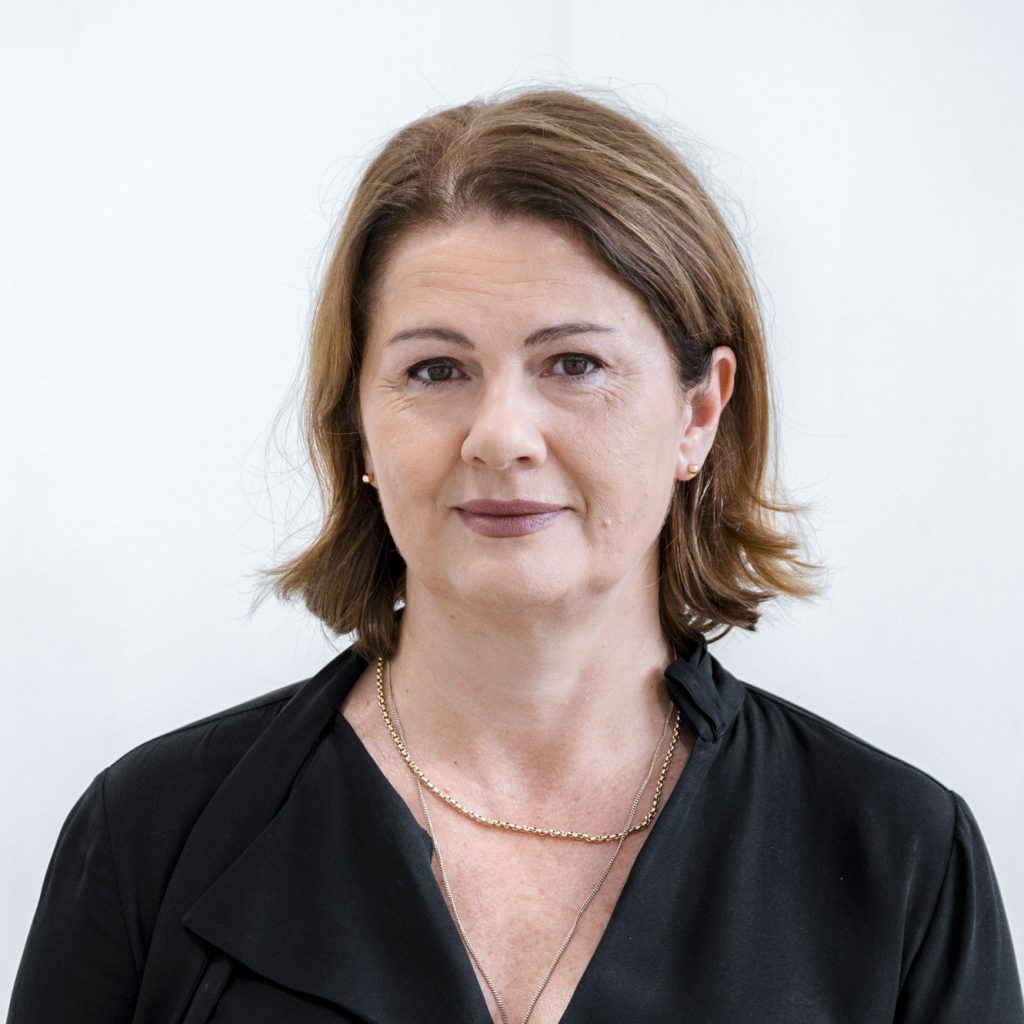 “I still believe in personal interaction”– Interview with Erika Deák

“I still believe in personal interaction,” says Erika Deák, who emphasises live conversations and exhibition experiences over the expanding virtual world. We talked about online culture, art criticism in Hungary, the role of education, the prospects for young people and also about the scholarship programme she has been running since 2020 to support a student at Moholy-Nagy University of Art and Design every year.

It is relatively rare for the owner of a commercial gallery to directly support university students. I’m curious about your personal motivation. Why did you decide to create this scholarship programme?

Ever since I opened my gallery, I’ve been working with different generations. Over the past twenty-four years, there has been a shift to the younger generations. They know things and see the world in a way that I can’t, and I find that highly inspiring. In recent years I’ve seen a great deal of disillusionment and doubt among my future colleagues, and I’ve been giving much thought to how I could give back inspiration. As a university student in Philadelphia, money was tight and I was constantly applying for scholarships. I managed to get some, and I’ll never forget how much it meant to me. It gave me a tremendous boost to see my work noticed and supported by people I had a high regard for. These were important milestones both financially and morally. I came to the conclusion that I would like to introduce the concept of private scholarship in Hungary. I hope there will be a few young people at the university to whose life it can make a difference or at least to whom it can give a major push professionally.

So it is equally important for the grant to act as a professional confirmation in addition to financial recognition?

I think this grant is still too fresh for the industry to be able to truly appreciate it. I have hopes for it to become a highly prestigious scholarship that students will be proud to put in their CVs. It was great to work with Luca Adamik during her scholarship period and exciting to get a glimpse into her research. When the scholarship programme was launched in 2020, I had this notion not to interfere with who gets the scholarship in any way. It should be up to the teachers of the university to decide, because they know the situation and motivations of the students best. This year however, I also cast one vote in the process.

Did you vote for the winning candidate?

I did. To my great delight, we decided unanimously in favour of Brigitta Ádi, whose project plan explored the relationship of public spaces and technology.

What is unique about this scholarship is that it is specifically designed to help emerging theoreticians and curators. Have you given much consideration to which institute and academic area the scholarship should support?

There was no doubt in my mind that the programme should focus on students of the Institute for Theoretical Studies. My experience is that Hungary has very few high-calibre curators. What I mean by curator is not some random person who is delegated the task of putting on exhibitions by the head of an institution, but a creative art professional who can complete a project they envisioned, from start to finish, find a venue and sponsors. This is a deeply complex job that requires theoretical knowledge, pragmatism and creativity all at once. I’d like to think that in an ideal future, we’ll see a great many examples of that, and that prospective museum professionals will not be deterred by the Hungarian reality and will dare think big.

I want to help by enabling the new generation of theoreticians and curators to see the big picture in contemporary art instead of getting lost in the details.

What opportunities does someone who would like to start down this career path have today compared to those at the turn of the 90s and 2000s when you opened your gallery?

The world has changed a lot. There are barely any great contemporary art institutions left. From what I see, we are in the middle of a paradigm shift, where a great many things are being reinvented. In addition to reforming the institutional system, young people today will be tasked with figuring out ways to work outside the institutional framework. What I keep telling my gifted artists and young colleagues is to go abroad for a while. Not to stay stuck there, but to learn and prove themselves in a different competitive setting. The latest generation of artists are proficient in the use of social media communication channels, travel a lot and build their career keeping an eye out for what’s happening in the world.

Today, it is perhaps easier to become the centre of attention but also more difficult to stay in the limelight.

I think young people today have it incredibly tough. Waking up each morning with the right amount of purpose and getting out of bed after being flooded by information and hundreds of Insta photos is a challenge in itself. I hear many young people these say days that nothing matters, what with the war next door, the economic slump and the climate crisis, not to mention the hate campaigns shoved in your face by Hungarian politics. Sadly, the world is not a playground, though to be fair, it has never been one.

History often repeats itself, and it is precisely in dubious times like this that you need to embrace art and culture and can accomplish something memorable there.

Though I intended it to be the closing question, it is relevant here: do you have any good advice to give to students who see themselves working as researchers or curators in the future?

Though it may sound like the biggest cliché in the world, they should dare dream big. Work hard and use every available opportunity. Learn to bounce back from failures, and, as I always tell my kids, do your bit each day to make a difference.

The first recipient of your scholarship Noémi Viski explored issues in digital technology, while the second, Luca Adamik, feminist art. Both entries had a strong theoretical background. Do you regard Hungarian art discourse lively enough to embrace these subjects?

I’ve felt some progress in this regard in the last couple of years, yet I basically feel we all live in bubbles. Though theoretically speaking, the Internet is democratic and information is freely available to everyone, this is just an illusion. In reality, our curiosity has been guided on the web by artificial intelligence for some time now, which has by now hijacked the distribution of information to a degree that you aren’t even aware of everything that passes you by when you do a simple search. It’s very misleading to get all your information from the Internet.

Today, we seek to understand where reality ends and the pseudo-real reality we believe to be real begins.

You need to have a high level of awareness to defend yourself against it, and that is not easy to come by. As for art discourse in Hungary, I’m convinced that the work done by the Central European Research Institute for Art History will generate some profoundly exciting discourse, sooner or later affecting, I hope, the contemporary art scene, and resulting in the return of criticism, that is, genuine art criticism.

Was there not much of that before in Hungary?

I’ve received negative criticism for several of my exhibitions, which I loved, because a clever piece of writing can help you grow and potentially change your opinion about something.

What can be the reason why we fear criticism so much?

Perhaps this can be helped by sometimes stepping out of our virtual filter bubble.

It is very difficult to grasp the world in its complexity. I don’t even want to get into how there is a paradigm shift going on even in physics, questioning the Big Bang theory. What about art then? At the time I was socialised into art, the world was simpler in every respect. If we look at the start of my career for example, in the US we had The Village Voice, the New York Times, and the New Yorker. When they published a review, that set a certain standard. The question is, what media outlets are the authoritative sources of information right now. There is a multitude of online newspapers and news outlets out there, and since the majority of people believe everything on the web is real, equal and democratic, it is impossible to separate the truly worthwhile from the drivel.

Today, who can tell young people just trying their wings what is it that is truly important?

What are the threads worth following and what is best trimmed off?

I think this is where universities can play a key role. In an earlier discussion you yourself pointed out that “we need high-calibre professors who can make young people understand that there is a different, in-depth alternative to immediately available information”.

I stand by it completely, though those high-calibre professors would also need proper teaching elbow room. Providing this sort of guidance should be done not only higher education, but also in primary school or even kindergarten, but we have a serious problem in education.

How do you see MOME in that respect? Why did you decide to launch your scholarship programme here?

Overall, I don’t have a good opinion of the Hungarian education system. Oftentimes I feel there’s more of a regression to the 19th century than a progress towards the 21st century. MOME is an exception in this regard, with high-quality education, innovative-minded teachers and a new modern campus. I’m happy to see that MOME finds it important to invite external high-calibre scientists and professionals, which I also happen to think is one of the major tasks of an education institution.  I believe there can be few more inspiring events for a student. An encounter like this will suggest that studying pays off, that doing things right pays off. I would like to suggest the same: go, come up with something, and do not stop until it is done. That’s where I will help those who want my help.

What subjects and plans would you welcome for your scholarship programme in the future?

The field is wide open in this respect.