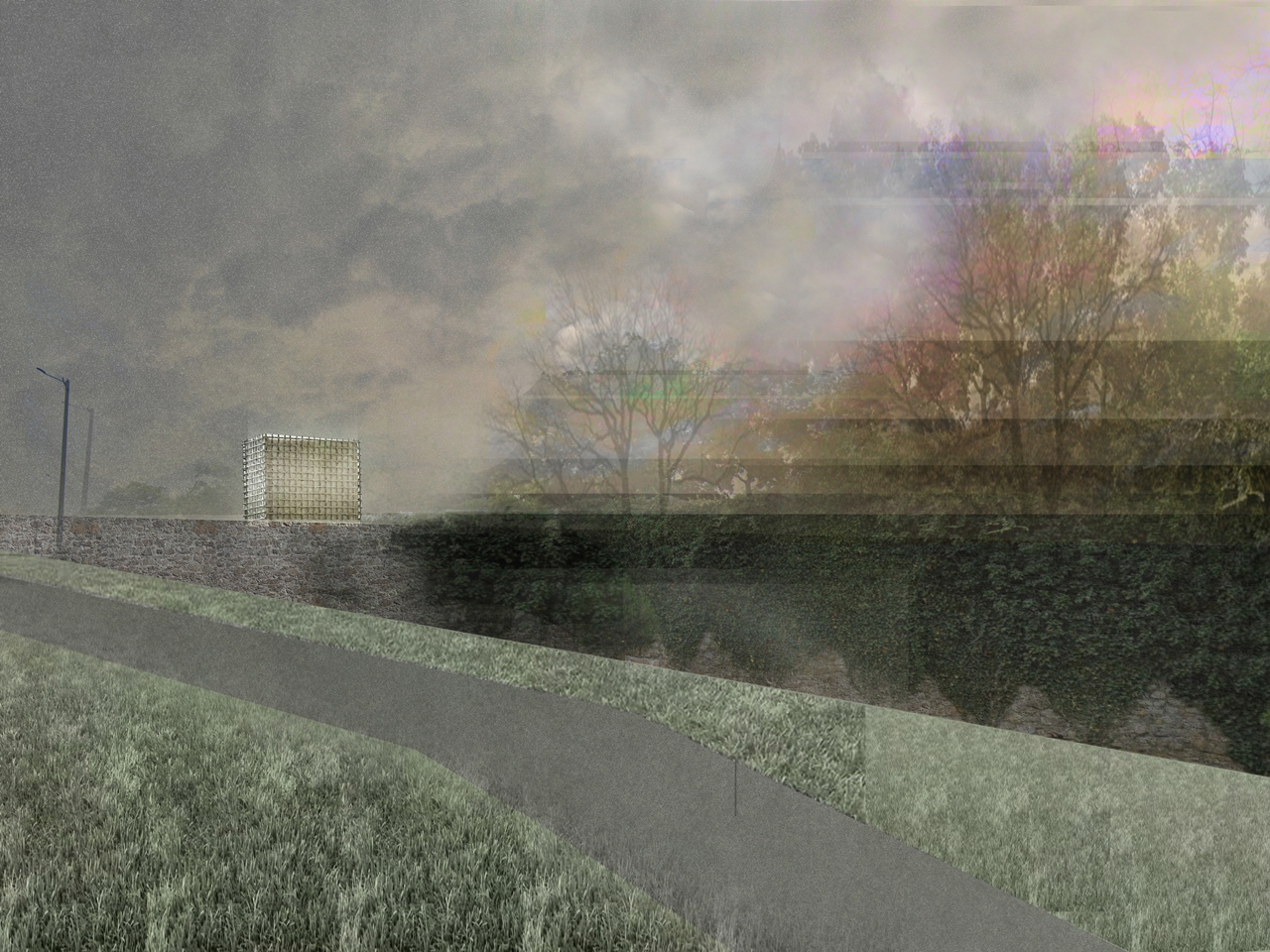 Káptalan utca – popularly dubbed Múzeum utca (Museum street) – is a section of Pécs separated from the busier parts by buildings and a stone wall. Fanni Hegyi has developed a design for a visitor centre that would draw the eye from afar and could become a symbol for Múzeum utca over time. She would add a tower and an exhibition space half sunk into the ground to the roof-truss house and the lapidarium. This annex concept is, at the same time, directed at repositioning the legacy of Victor Vasarely, who had ties to Pécs, and supporting emerging artists.

Using the possibilities offered by the selected lot was an important consideration for the young designer, who was awarded the Stefan Lengyel Excellence Scholarship this year, so she decided to keep the walls marking the perimeters, and adjusted the internal constructions to fit inside. „The idea has been pared down gradually”, she said, until the concept of the centre incorporating several exhibition spaces was developed, which would house eleven works by Vasarely donated to the city of Pécs.

In her mind, the role of a cultural hub is to create cohesion. This ambition is reflected by the close links between the individual rooms in the building complex – the exhibition and community spaces all work together, reinforcing each other. The guiding principle for the location of the spaces is traversability – visitors need to pass through each room in order to traverse the building. One relevant source of inspiration was the interior design of the Guggenheim Museum in New York. A key criteria when designing an exhibition space is neutrality. At the same time, it must have something to help guide visitors. In this case, this would be the ceiling of the exhibition space.

According to Fanni, exhibition spaces in Hungary normally offer little opportunity for displaying large, suspended installations. The tower, however, could be ideal for this, enabling the works to be admired from every angle. Fanni already has experience in this regard: while she was studying in Rotterdam, she created a space installation of hammered zinc plate, complete with LEDs by light artist Zalán Szakács. The piece was exhibited in a Baroque castle.

The freely usable spaces of the existing lapidarium located on the lot in Múzeum utca could be a great addition to rooms with a museum functionality and could even be used for museum education or as temporary workshops, which would play a major role in laying the foundation for promoting the artistic sensitivity of young generations. In addition, the valuable garden spaces of the lot offer an excellent location for outdoor activities.

In addition to presenting Vasarely’s oeuvre, which the permanent exhibition could facilitate, it was an important priority for Fanny to fill the rest of the exhibition spaces with works by young artists. The spaces of varying size can inspire them to use novel means to express themselves and create new compositions. This way, the centre could provide the general public with an opportunity to become familiar with the names and works of the emerging artists.

The design was completed at the Architecture MA of Moholy-Nagy University of Art and Design. Fanni Hegyi’s supervisors were Zsófia Csomay and Balázs Marián.