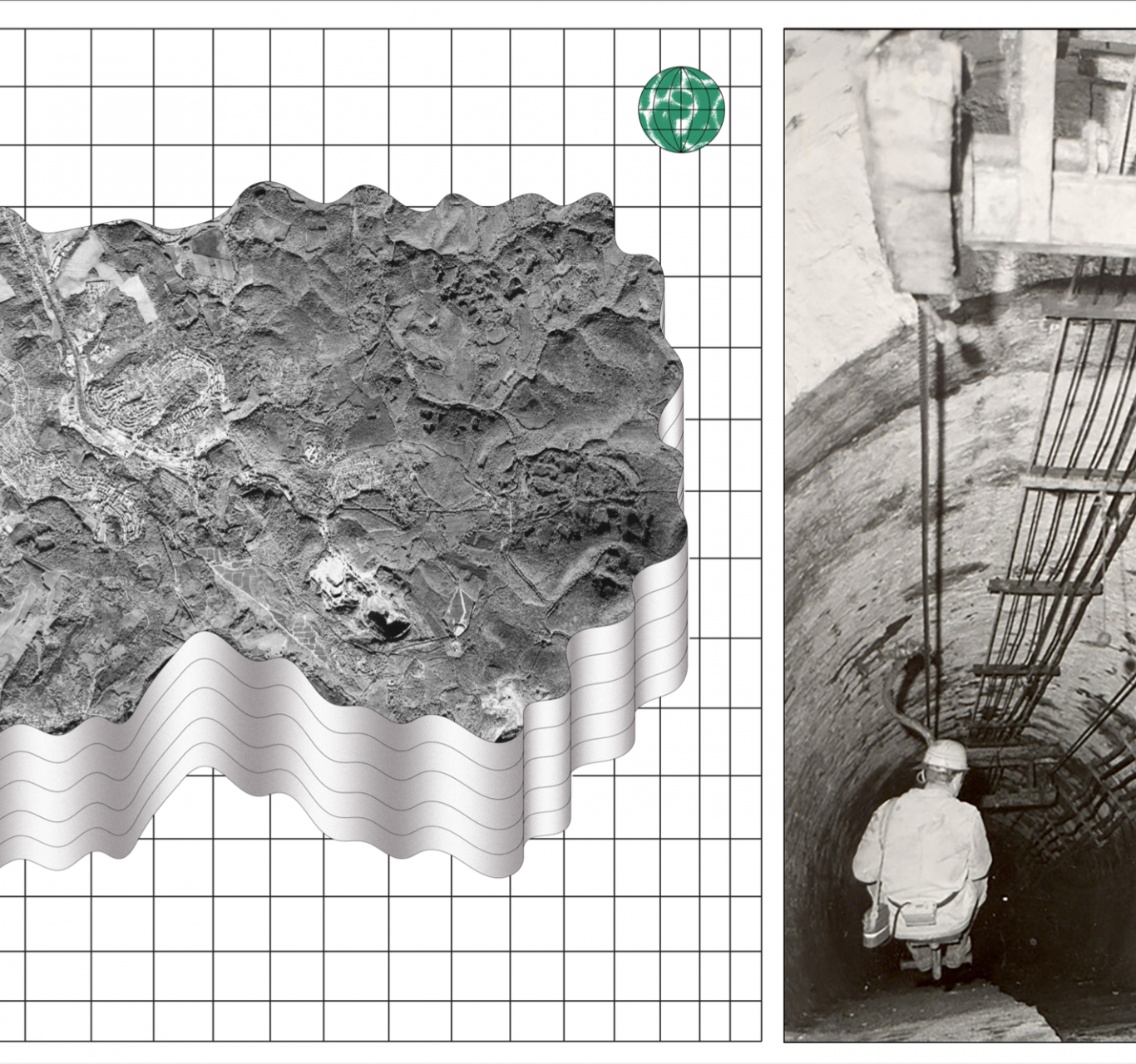 Can buildings be regarded as energy objects? Interview with Júlia Kovács

Júlia Kovács’s diploma work is unusual for a number of reasons. For one, she involved several engineers from her contemporaries in the design process, and for another, she used a reverse logic to approach her subject. She took an energy object and turned it in her mind into a building. That is how she arrived at Komló, a former mining town, where the prospering coal and andesite mining industry was shut down in the early 90s. Júlia and her peers have developed a comprehensive energy reform plan mostly relying on local resources and specifics, proposing to put the town’s electricity and district heating network on sustainable footing, and thus reducing gas and grid electricity use. This outstanding achievement has been rewarded with the Rector’s Special Prize of the Moholy-Nagy University of Art and Design.

It is an unusual arrangement to have two engineers involved in completing an architecture masterwork. Can you tell us a little about what this collaboration looked like?

I have been intrigued by the subject of energetics for a while now. Since it involves the relationship of space, mass, light and shadow, it has several architecturally meaningful areas. One dilemma of making architecture sustainable is whether buildings can be regarded as energy objects. I’m exploring how far I can take this concept.

For me the starting point was

last summer, when I came up with the idea of making a gravitational energy storage in a shutdown coal mine, which is essentially about moving very heavy loads up and down in what used to be the mine elevator shaft. I owe this idea partly to Dr. Béla Munkácsy, who suggested using mine rails. Sadly, I could only locate very few in Hungary, and that’s when the idea to use vertical mine elevator shafts came. This turned out to be such an evident concept later that several startups are already looking into it. After I had the concept and the location, I asked László Porkoláb, a student at DTU, if he would help me. That’s when he also decided to turn this project into his diploma work.

How did you divide up the roles in the early phase of the project?

After analysing the specific characteristics of the town, Laci created an energy development plan, including a heat and gravitational energy storage unit. He specified for example how much weight I would need to move or how much heat I would need to store to meet the new energy needs of the town. I also asked former BME mechanical engineering student Márton Bene to explain to me the workings of a portal crane. He ended up heavily involved in the project and came up with a wonderfully unique mechanism of action for the storage unit, fully tailored to the site. I was responsible for collating all the data and translating them into a physical model, ensuring that the resulting form and space are aligned with the human factor, the former industrial setting, and the environment, and preferably add some extra functions.

How much room did it leave for architectural and aesthetic considerations?

The highlights of our collaboration were when the input from the three of us came into interaction with each other. Ever since I started university, the moment I’m most intrigued about is when I use a specific piece of data, or a function, if you like, to create a form or system. And the reason the result will be pleasing to the eye is because this fascination comes through. For example when Marci came up with the idea to move the concrete blocks using a rail system, sliding to the shafts propelled by their own weight. At the same time, Laci created a diagram showing the correlation between the size and quantity of the concrete blocks and the power output of the power plant. Collating these data, I drew up various curved outer wall systems comprised of concrete block weights and their protective wall. Each resulted in a different space delimitation, with the shape changing according to the MWh output so to speak, and the shape also affecting the engineering.

Looking a little more closely at the concept, the building complex itself seems to be unusual too. It’s like some sort of visitor centre built in Brutalist style. Why was it important to involve external observers?

The most evident answer is because experience-based awareness raising can produce a higher level of consumer consciousness, but also because energy production relying mostly on renewable sources should also be considered from an architectural perspective, that is, in the context of the relationship of man and landscape. These and similar energy objects are much more extensive than their fossil or nuclear predecessors, and their operation is necessarily centralised, meaning you have several small-sized power plants operated by smaller entities (such as cooperatives, local governments, private businesses, etc.). As a result, they are brought into closer proximity to people’s daily living spaces.

It’s a fictional concept, which on the one hand tells the story of an existing problem, the life of the buildings in Komló after the closing of the mine, and on the other proposes an alternative for the revitalisation of these and similar buildings. What do you think – in times of energy crisis like ours, is this the type of investment that is required?

Though I’ve read a lot about the subject, I still don’t feel I’m knowledgeable enough to give you a definite answer. I proceeded from the assumption that one way to manage a crisis is a spontaneous rearrangement of the market, whereby multiple smaller, independent but collaborating players appear on the energy market. I believe every investment that utilises local resources is a good one. The gravitational storage unit I designed is relatively expensive, and is more suited for a long-term investment. The heat storage facility included in my design, could, however, provide rapid help for surviving a difficult heating season. The wider energy design also includes a biogas factory fed partly by the Komló waste water plant and partly by local farming waste. The doctoral dissertation of Tamás Soha from the Department of Environment and Landscape Geography, Faculty of Sciences, ELTE raises awareness about the major potential of partial own gas disposal in rural Hungary with proper investment into the technology. This is certainly a worthwhile cause.

What was the greatest challenge during the design process, and what solution are you the most proud of?

In addition to the outer walls, the shaping of the towers was also an exciting process, with the three design branches interacting. My basic concept involved use of the gigantic keels in the engine rooms – concrete blocks occupying virtually the entire ground floor – that weighed down the mine elevators. And it followed that my towers would have similar workings to the iconic old elevator shaft towers dominating the townscape – which is where the monument status of the building presented the greatest challenge.

What next? How to proceed after completing such a grand-scale concept?

I would love to continue studying and developing myself. Of course there’s not much chance of me becoming an engineer or economist, but I hope I can find a field that overlaps with mine and gives a further boost to my interest in sustainability. These days I’m deeply intrigued by urban water management, or any building engineering solution that results from the form of the building itself.

The masterwork was completed at the Architecture MA of Moholy-Nagy University of Art and Design. Júlia’s supervisor was András Göde, her consultant was Ákos Takács.