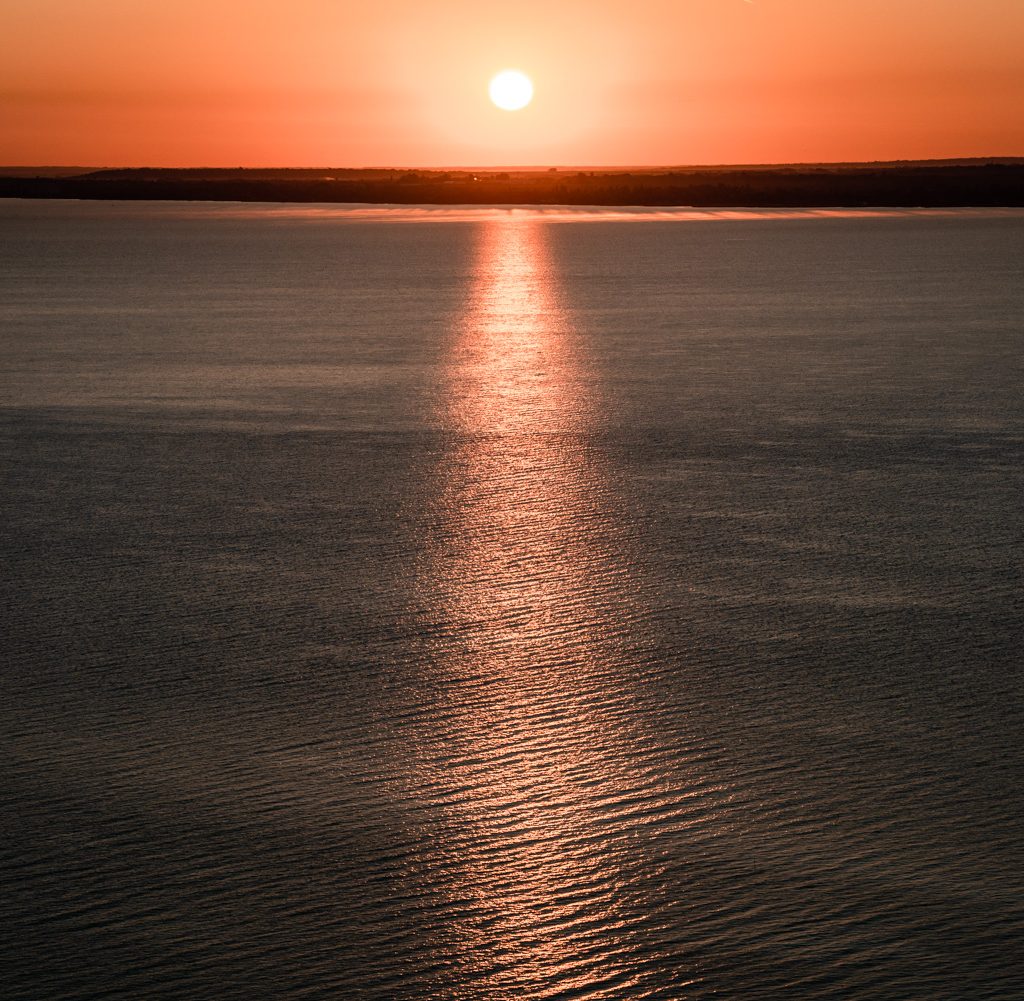 “The Balaton for me…” – The latest MOME MAG projects

Development of an ecological board game, visual representation of the Balaton’s microbial ecosystem, an unparalleled utilisation of the oeuvre of the great Humanist polymath Fausto Veranzio – what links them all together is the creative week taking place on the lakeside beach of the Tihany peninsula, where MOME students could learn about Balaton’s changing ecosystem, and design installation reflecting on the issue.

The aim of the MOME MAG’s five-day event series was to explore the current and future state of the Balaton region based on experiences. Below is a presentation of the works created at the Art Action course week with help from project participants.

Designers of the Balatorium board game (Anita Farkas, Fanni Csizmadia, Virág Duzsik, and András Turi) envisioned a utopistic world in which unaffordable market prices force the Balaton’s community to switch to a self-sustaining lifestyle. “It was a highly complex process, sort of like creating a universe”, said the designers. The outcome was a cross between Monopoly and Gazdálkodj okosan (a Monopoly-like Hungarian board game of the Socialist era) that enables occupation of areas, at the same time, members of different professions need to work together to create a harmonic ecosystem for Balaton.

The team created six characters (politician, investor, architect, farmer, producer, ecologist) to simulate an interdisciplinary economy based on an optimal balance of the human-built environment and Balaton’s ecosystem.

In addition to the concept, the physical appearance of the board game was also developed with great care, making creative use of materials saved from previous projects such as foamboards, a plexiglass sheet and wooden parts of old stamp sets.

“The board game needs a bit of fine tuning, but is playable in its current form. It is a prototype for now, and the final materials will be carbon neutral. The pieces for example will be made from wood or plywood”, said one of the designers. As development is still at a rudimentary stage, the team would welcome the opportunity to work some more on the project.

For the team of 7 involved in the creation of the Ecobubble installation (András Egressy, Liza Borcsik, Sára Dimák, Janka Bella Szabó, Blanka Danyi, Kristóf Kovács, and Lili Vészi), the Tihany harbour was the starting point for their project. The massive weeping willow located there become a focal element. The goal was to create an audiovisual experience that is visual, audial, and tactile at the same time. “We made our selection together from the huge variety of different materials collected. When spotting the string curtain, the first thing that came to mind was what if we created a bubble by extending the branches”, Janka explains. Soon, visual and audiovisual elements were also added to the concept. Videos of the activity of the Balaton’s microbial fauna was projected on the installation, with a background sound composed of bird sounds and sounds of the reed beds of the surrounding area.

As external spectators intruding into the maze, we interfere with the environment, shifting the curtain and disrupt the otherwise quiet habitat of the virtual creatures. Human interaction is enabled by a sensor, helping us come in direct contact with the surrounding ecosystem that is invisible to the naked eye. According to the students working on the project, the key to the success of Ecobubble was striking harmony fast and being able to proceed in complete accord.

The team focusing on the oeuvre of captain of the Veszprém Castle Fausto Veranzio (Csenge Jóvári, Dávid Kirsch and Violetta Vigh) drew inspiration from his book Machina Novae. The great many mill designs Faustus is credited with, as well as his inventive mindset and varied career provided the ammunition for creating their own self-operating mill. The goal was to implement a design that, by reversing regular proportions and highlighting motion, questions man’s absurd sense of superiority over nature. The outcome was a wind and water mill hybrid, combining the properties of both.

Designing the prototypes was no mean feat, let alone constructing them. “Though each one of us was tasked with creating the wheel, the propeller, and the wall each, we did nearly everything together”, said Dávid. Future plans of the team include coming up with a design for enabling anyone to assemble the modular mills as part of workshops or community activities.

The course week of Balatorium in Tihany was concluded by a public presentation featuring MOME MAG lead Ábel Szalontai. In his speech he highlighted the cohesive power of the Balaton’s catchment area binding all of us together, making us active participants of the collective thinking and action.

MOME MAG is not just an educational programme, but part of the outside-the-capital campus concept of Moholy-Nagy University of Art and Design, a prospective intellectual hub embedded in and harmoniously coexisting with nature. It would be a workshop and a community space, with a focus on fieldwork, research and education development, located at a sustainable farm in the Balaton Uplands.