Beyond Culture Shock – The Hong Kong Diaries of Bianka Parázs

When you move to a new city – especially when you move to a new continent – you tend to over-operate. The operational mode of life kicks in: with bank accounts, application forms, rental contracts, expat forums, MRT maps, schedules, and appointments. This transitional period after the so-called “arrival” can take longer than you think – to arrive to a place takes much more than just to get off an airplane.

And there is also this other thing… I never really understood what culture shock means, but I certainly understand the excitement and the tornado-like perceptional state that gets you, when you radically move away from your center and open up to something yet unknown. Anthropologists call this state liminality: a threshold between the old and the new. Where your previous coordinates don’t support you anymore, but new structures and frameworks are yet to emerge. You are in-between.

Bianka doesn’t seem to be shocked – nor is she over-operating. Her drawings dwell just fine in liminality. Irregular – sometimes even surreal – spaces, and the charm of unfinished details characterize her visual language. And the vivid colors, that bring movement even to the more static images.

Hong Kong Diaries is a dreamlike rewiring of the city and its surroundings. Metaphysical realism, one could say, but it is also influenced by Japanese anime, mixed with ethno-Caribbean-afro-goddess vibes. The overused notion of the urban jungle seems to find a fresh meaning in these drawings. But also, if you look at them from a special angle, with a more melancholic eye, I believe, you can grasp something from the good old Eastern European irony and grotesque as well.

Nevertheless: Bianka’s visual diary is influenced first and foremost by Hong Kong itself. I have never been to a more psychedelic place than this before. It is amazing how many layers are overlapping each other so that they almost literally merge. Bianka, from the first day on, tried to immerse herself into this organic superstructure.

From the fishermen of Tai O, through the neon signs of Mong Kok and Jordan, to the hidden alleys and altars of Sham Shui Po. A very private way of understanding not through language and explanation, but through visual transformation. The diaries are not just a personal collection of memories, but also represent a personal epistemology. And it is a bit more than just a figure of speech when Bianka calls her drawings her children.

To share them with the public – I think – is an honest way to say thank you to this dazzling city and to the people who live here. 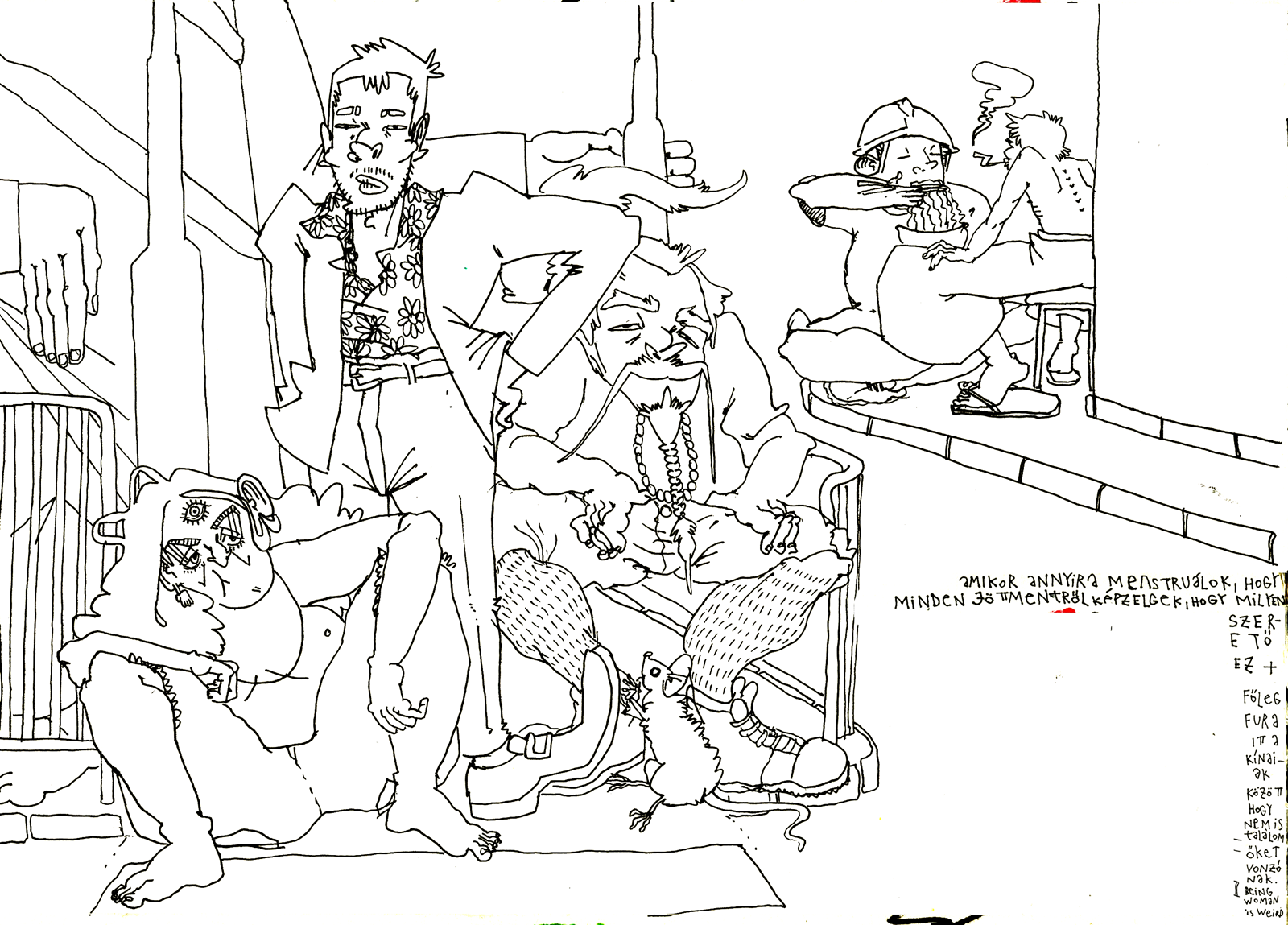 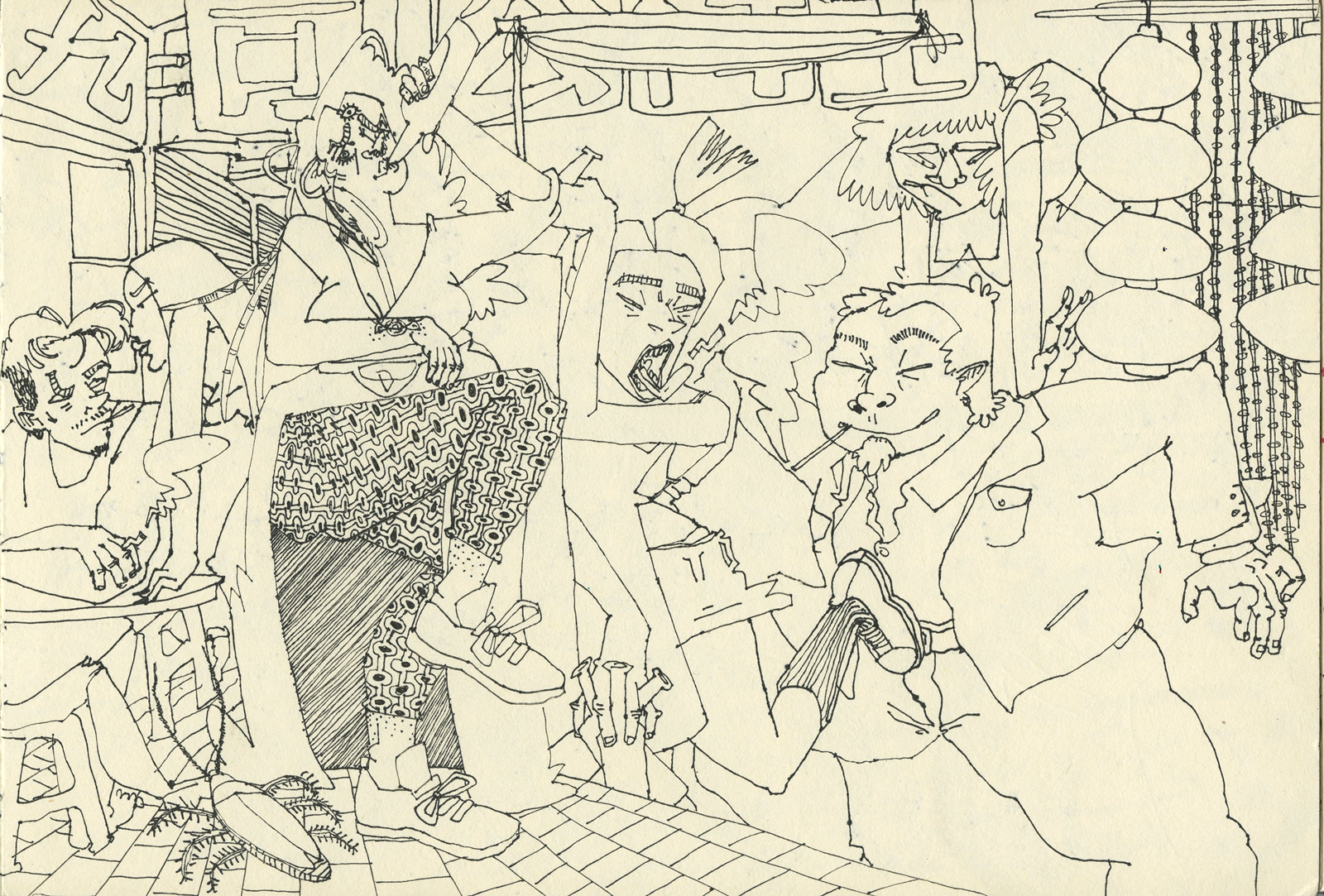 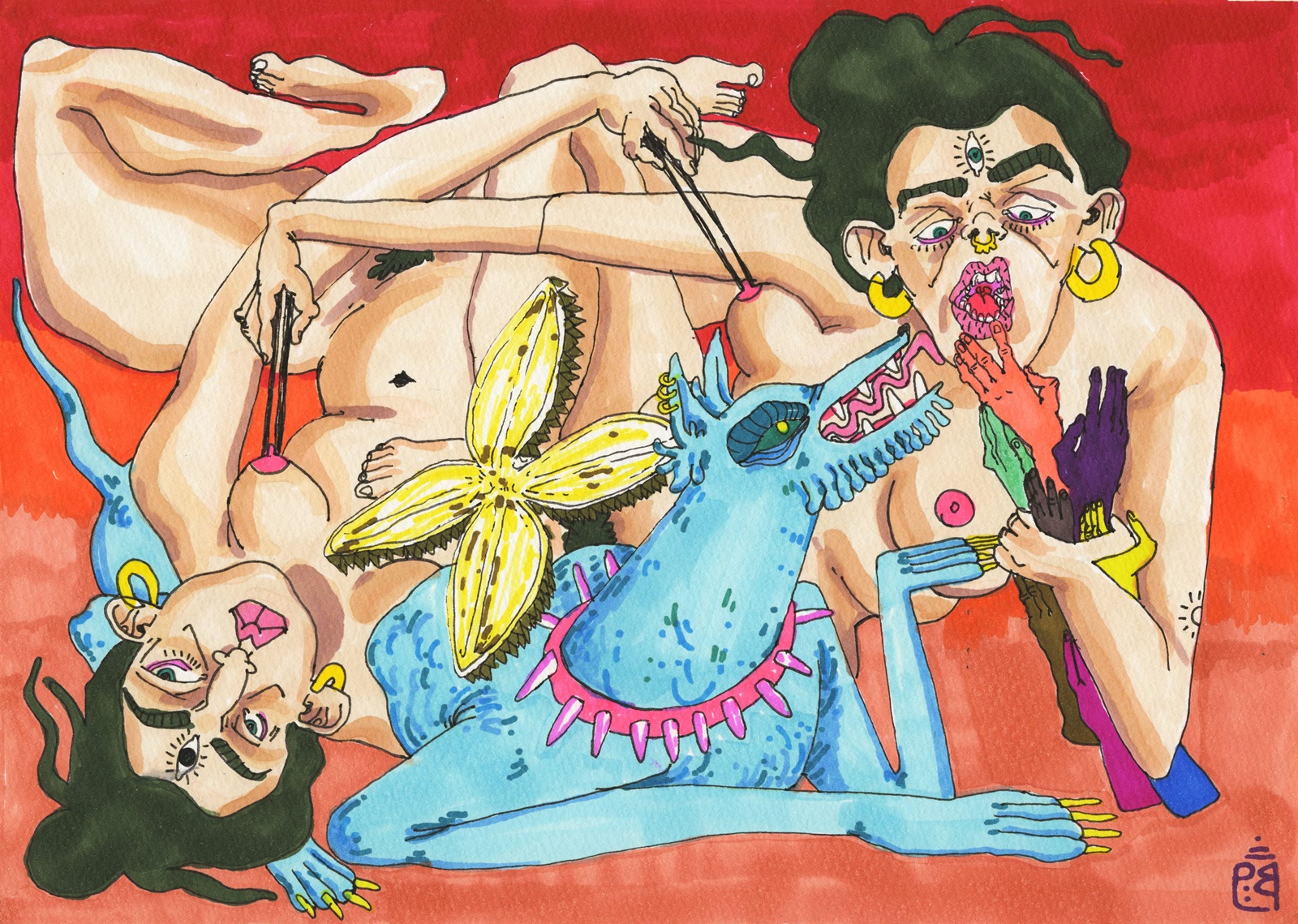 Excerpt from the opening speech delivered by Akos Schneider.