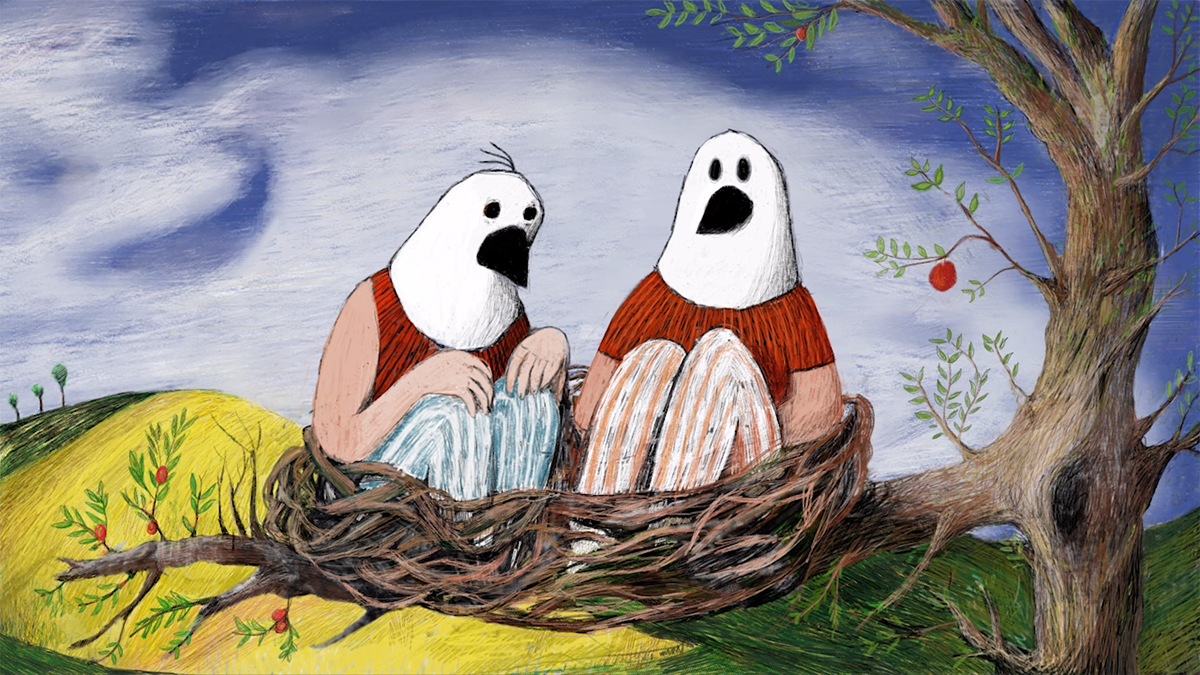 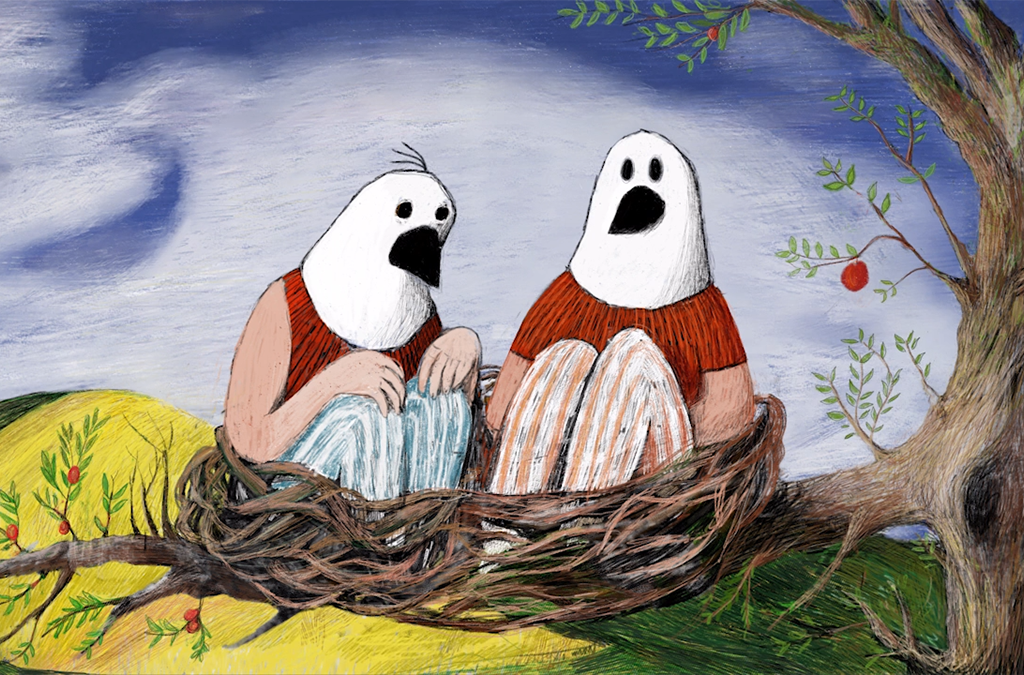 “My tendency to minimalism has hardly changed to this day”

Alexander Gratzer has a number of really great, critically acclaimed movies behind him. Today we look through some of his exceedingly unique animated works.

Alex is now in the process of completing his graduation movie at MOME, but he was not always going to be an animation director. Originally he studied painting at the University of Applied Arts in Vienna, but he was never really happy with what he created there, because he always compared himself to other artists – thus he was never really free to create what he really wanted. A lot had changed in his plans for the future when he suddenly decided to make an animated short for his father’s 50th birthday. He bought a small Wacom tablet and a Zoom recorder – which he still works with even today – animated two characters and did the voices by himself.

“This birthday present was a changing moment in my life, as for the first time I created something with honest fun and without any pressure.”

His first proper animated movie after the birthday short was​​ Espresso which won three awards in 2016. The story is about a man eagerly waiting for an espresso on the terrace of a bar, but the waiter just won’t come. So the man tries to pass the time in any way he can, while calling for the waiter several times. To create a realistic soundscape, Alex opened his window and started recording the dialogue.

“I recorded every sentence so many times that my neighbor’s collar bursted and she shouted from the upper floor: when will the waiter finally come?”

According to him, his tendency to minimalism has hardly changed since he was a very small child. This simplistic approach does wonders to his animated movies. These shorts usually feature two characters having sometimes very mundane, but surprisingly deep conversations about life itself. The overall lack of greater movements and the small body humour, combined with the calm music and sounds really makes his movies breethe, making them surreal and eerily realistic at the same time.

He likes artists who face the seriousness of life with a certain humour, thus opening up new perspectives. Grayson Perry’s tapestries and ceramics are always great inspiration for him, but he also really likes the movies of the swedish movie director, Roy Anderson. Notably, the best ideas come to him when he’s traveling on the Vienna tram.

“The conversations that you can pick up there are so hilarious and actually ready for film.”

Shortly after making​ ​In the Living Room (a story about a do-nothing couple and their shoes) Alex created ​Museum Guard, which he looks back on very fondly. The idea for this film came quite spontaneously, when he saw a picture of the empty Peter Paul Rubens Hall in the Art Historical Museum. What would a museum guard do there alone, when no one is around him, not even important art pieces to guard? According to Alex, he would sing the famous song from the 4 non Blondes: ​What’s up. It was already an “ancient” internet joke a long time ago, but in this context the song is even better. The museum guard starts singing very gently – in the end when the lyrics become more powerful, he’s almost shouting the lines.

“When the film was shown at festivals, the people found it so funny that some audiences started to sing along.”

Another film that he really likes is ​Animateur, which he made during an Erasmus semester at Moholy-Nagy University in Budapest. The city has a number of really nice public baths, which heavily inspired the original location of Alex’s new short. The story is about an Animateur who desperately waits for someone to animate him, but no one comes.

After returning to Vienna Alex set out to finish his graduation movie, but he did another short before this for the YOUKI International Youth Media Festival, ​Anniversary Present, which is a tale about a surreal gift​. Apfelmus is a deep and funny tale about what it’s like being in different roles, how and why does an apple become applesauce in the end. It is considerably longer than most of his movies, it also has three scenes, while his previous works usually have one or two. Alex never showed the short to any of his “serious seeming, scarf wearing” teachers, because he was afraid of what they would think about it.

“I prejudiced that they won’t like this kind of humorous animated film. In the end I was wrong and they actually liked it!”

Even though it’s longer, the process of creating ​Apfelmus ​ isn’t very different from how he usually makes his movies. Generally at the beginning Alex never has a clear vision about the end of the story. He writes the dialogue step-by-step, in order to be able to react to his current moods. He records the conversation with Zoom, animates the lip-sync, then starts the next sequence.

“I usually take a lot of time to come up with these little ideas: I often run circles in the room so long that I exhaustedly have to take an afternoon nap.”

This way the story of the film is never written in stone, it can change and evolve constantly. You also don’t have to be afraid that the plot that you’d written in the beginning no longer moves you a few months later.

Alex returned to MOME in 2018 to do his master’s degree in animation. Creating his graduation movie is a new experience for him: now he works with a small team and – for the first time in his career – he made a storyboard.

His movie is about a special relationship between a blind grandfather and his grandson. The story explores how each of them changed during the years, no matter how bad of a shape someone is in, life is still wonderful and is worth living. The film is inspired by Alex’s own childhood, namely one memorable event from it.

“I once asked my blind grandfather if he didn’t want to know what I looked like, he replied, I know exactly what you look like. ”

👉 Some videos are password protected, if you are interested in watching them, write an e-mail to Alex_gratzer@gmx.at